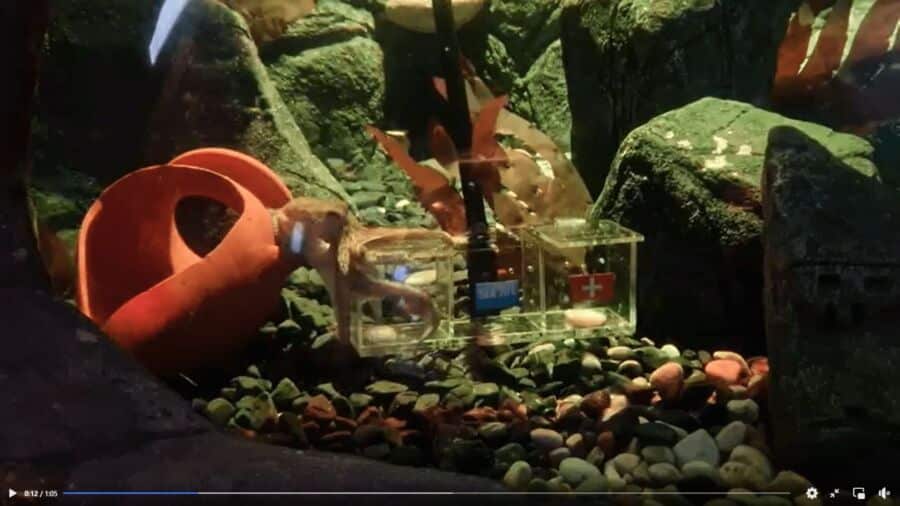 Paulo Jr, an octopus at Sea Life Porto, has been filmed embracing a perspex box with two ends: one for Portugal, the other for Switzerland. His instant attachment to the Portugal end of the box has resulted in reports that “Portugal will win” its World Cup match today, starting at 7pm, against Switzerland. Paulo Jr is reportedly Sea Life Porto’s most famous animal – and his ‘predictions’ have been solid in the past.