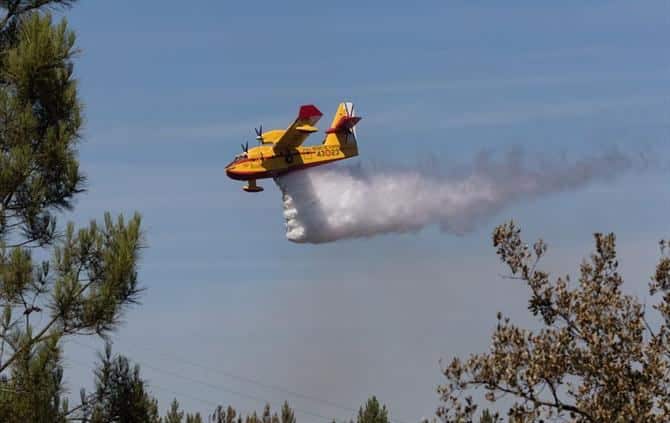 One of the first announcements by the new minister of Internal Administration has been to increase the number of planes and helicopters available to fight fires from 18 to 35.

The majority of reinforcements are ‘light helicopters’ (13), with four being described today by RTP news as “amphibious planes”.

The new firefighting flying squad will be kept prepped for action until the end of the month.

Meantime, rising temperatures against a backdrop of heightened drought are causing widespread concerns.

Temperatures are expected to increase throughout the week, ending with a scorching weekend with thermometers rising above 30ºC.

The heightened alert will see the extra helicopters and planes start arriving in key areas – including Monchique in the Algarve – from tomorrow (Tuesday).

Meantime, the number of ‘boots on the ground’ are being increased by 660 firefighters backed by a further 132 vehicles.

The €1.4 million contingency operation will also see 86 military teams patrolling “all districts of continental territory, in articulation with the GNR and PSP”.

Portugal is on notice, and praying for rain. “The next few days will be critical”, warns Madalena Rodrigues, pointing to next Friday and Saturday as being two where the risk of wildfires taking hold is likely to be at its highest.