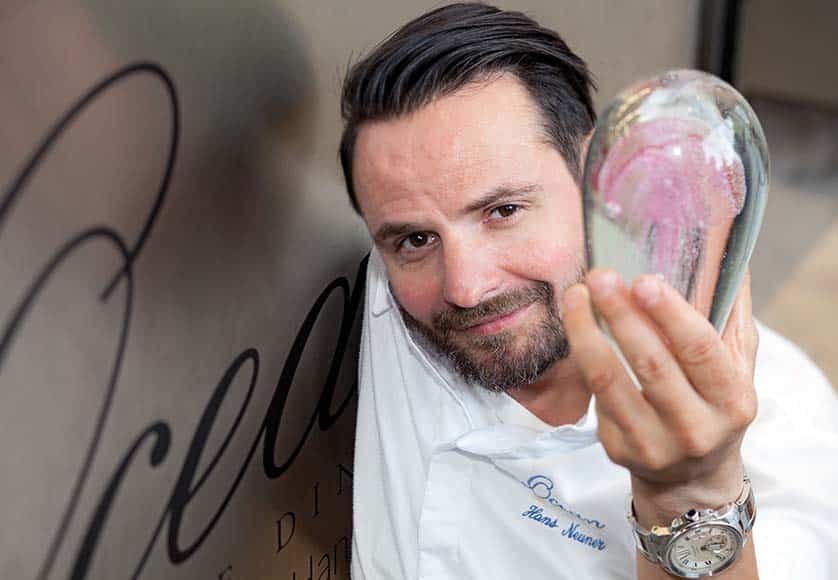 Two-Michelin star Chef Hans Neuner from Ocean Restaurant at Vila Vita Parc in Porches was ranked 62nd among the world’s best chefs and first in Portugal at The Best Chef Awards Gala Ceremony in Madrid this week.

Living in the Algarve for the last 13 years, the Austrian-born chef celebrated his passion for Portuguese cuisine this year with the menu “In the Route of Discoveries”, where, inspired by the voyages of the caravels, he takes diners on a culinary journey to Goa.

This menu is a sequel to the 2020 menu, which highlighted the gastronomic richness and ingredients of several regions of Portugal from North to South, and to the 2021 menu where Hans explored the Portuguese islands, where he came to realise the strong gastronomic influence seafaring had on Portuguese cuisine.

In their sixth edition, these awards celebrate the talent of the 100 most influential chefs around the world. In distinguishing people whose experience, passion and determination helps them reach success, The Best Chef Awards aim to inspire younger generations of chefs.

The complete list with rankings can be found in www.thebestchefawards.com

With the mantra “keep it simple”, Hans Neuner’s seasonal menu is described as “technically perfect and accurate, demonstrating an impressive and distinct light touch”.

Hans prides himself on his modern, fresh and individual signature cuisine, with a strong focus on fish and seafood from the Atlantic Ocean.

The Austrian chef worked at landmark hotels such as the Carlton, in St. Moritz, The Dorchester, in London, or Tristan restaurant, in Majorca, before joining his mentor, Karlheinz Hauser, in Germany.

Aiming to achieve recognition on his own merits, he joined Vila Vita Parc as Executive Chef at Ocean. The first Michelin star arrived in 2009 and the second in 2011, becoming the second restaurant in Portugal to achieve the feat.