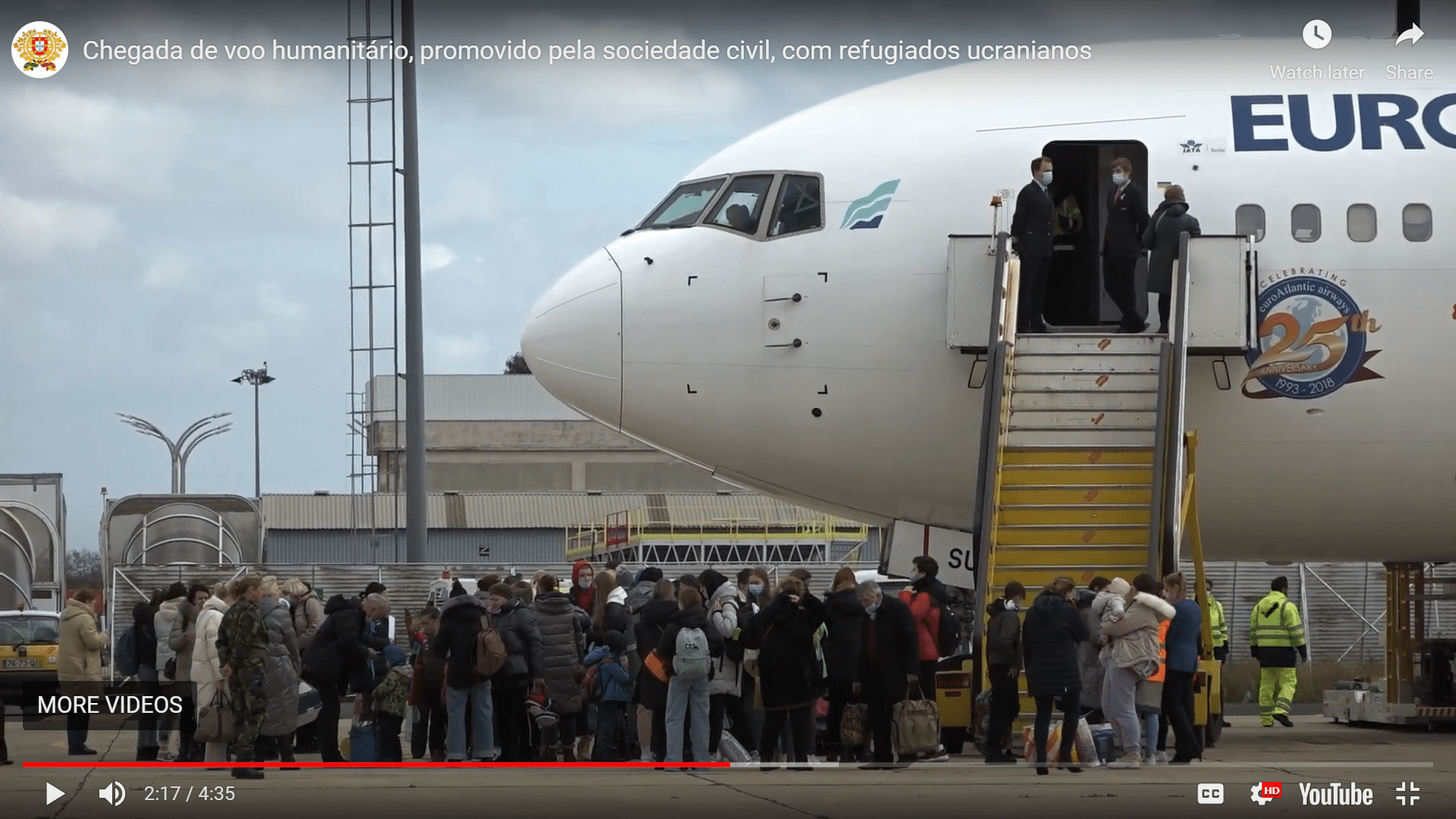 With Ukrainian refugees being brought to Portugal by volunteers in cars and vans, the first to come by air touched down in Figo Maduro airport to be greeted by President Marcelo, saying those heartfelt words: “Obrigado, obrigado!” The flight was an initiative organised by two businessmen (one Ukrainian, the other Portuguese) who managed to get support from Euroatlantic airlines, GALP and the Portuguese State. Another flight with a similar number of Ukrainians fleeing bombardments in their country is expected within days. Portugal has already shown itself willing to take ‘tens of thousands of Ukrainians’ who are leaving their country in millions. The video of this special moment today, narrated by the President, can be seen on youtube