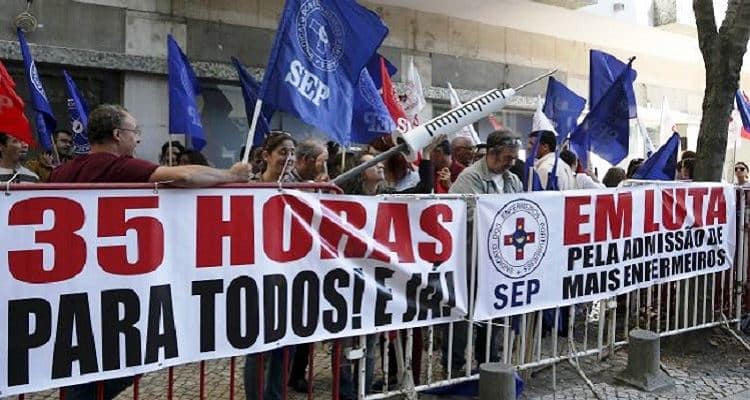 Just as the government had been affirming, the nurses’ ‘surgical strike’ that has forced the cancellation of over 10,000 scheduled operations in Lisbon and the north of the country has been dubbed illegal.

As the Resident went to press on Wednesday, the various hospitals affected were all slowly getting back to normal.

Nurses were being advised by their unions to ‘return to work’ – or risk losing pay for being ‘unjustifiably absent’.

It has been the nurses unions’ use of online crowdfunding that has kept this bitter dispute going in a way public sector battles before have never managed.

The Attorney General’s ruling has ‘disapproved’ of the crowdfunding – purportedly largely made up of ‘anonymous donations’ – suggesting all those involved should face salary cuts to make up for the money that sustained them during the strike. For now however this looks unlikely.

What lies immediately ahead is unclear. Nurses unions are keenly awaiting the results of a bid – to overturn the government’s civil requisition – made to the Supreme Administrative Tribunal. President Marcelo has said he too will reserve comment until this aspect settled.

Meantime, prime minister António Costa has warned that the Attorney General’s take on this kind of industrial action should cover protests of any kind that may arise within the public sector.

With the nurses association suggesting its members are being sidelined, Carlos Ramalho, president of battling union, Sindepor, has begun a hunger-strike outside the gates of Belém palace, declaring the Attorney General’s decision “very unfair”.

His one-man stand generated a degree of mirth over social media, with a number of commentators suggesting Ramalho could certainly do with skipping a few meals.