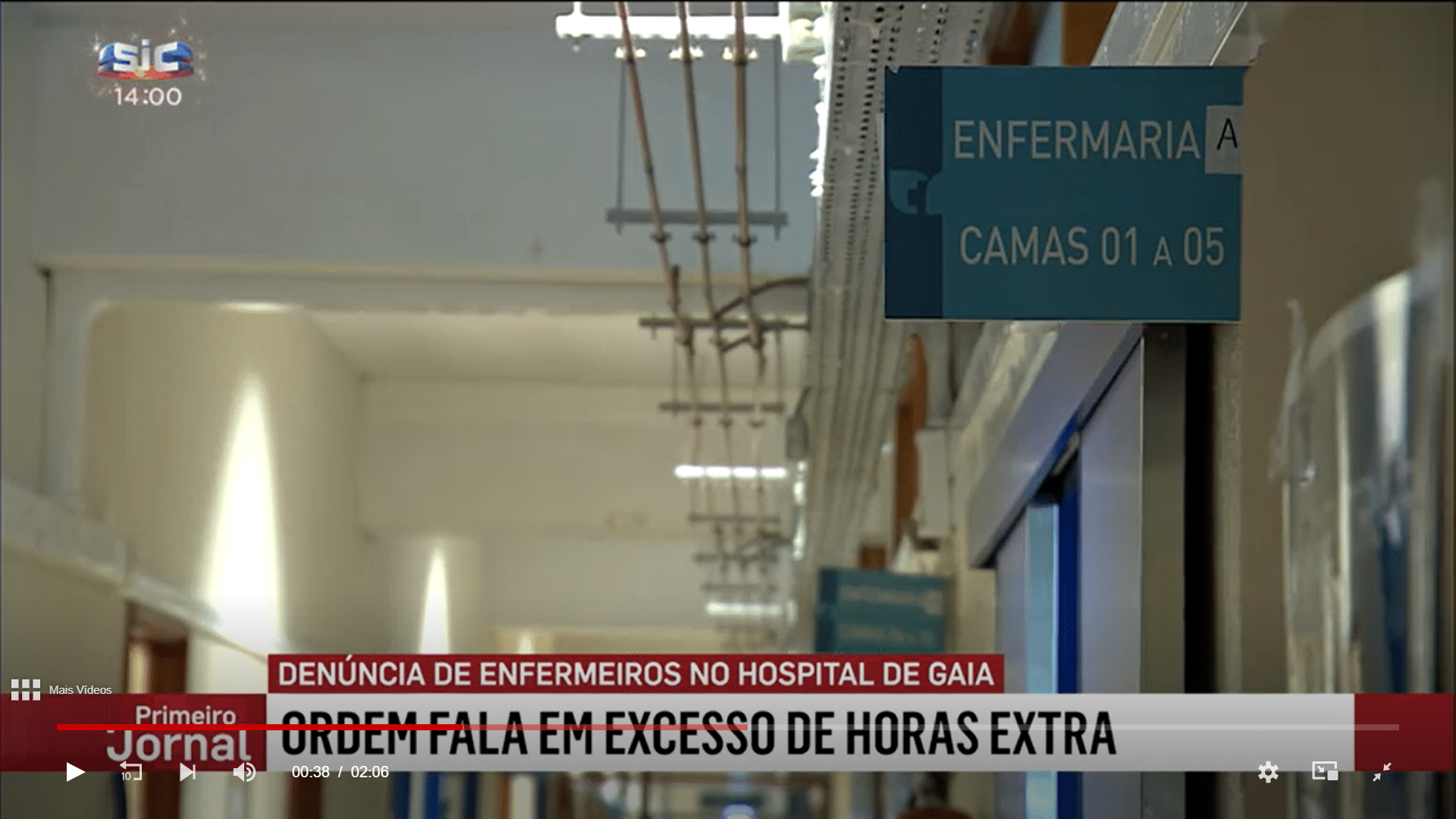 Nurses in the men’s surgical ward of Hospital de Gaia have become the latest to “refuse responsibility” for the care and safety of their patients.

Like so many before them (click here and here and here) they have cited long-standing structural failings: miserable infrastructure, poor conditions, crippling overtime schedules.

In a two page letter both to the hospital board and the health ministry, the nurses have essentially taken the only step available to them short of walking out and leaving their service high and dry.

‘Refusal of responsibility’ (covering disciplinary, civil and even criminal responsibility) is written into their code, to be declared as a way of protecting nurses from the consequences of being so badly ‘prepared’.

This latest stand, signed by 25 nurses, explains that “there are not the conditions to secure people’s lives and safety, nor the quality of nursing care”.

Gaia’s situation is that just in the month of November, the stretched team of nurses (numbering 28, when syndicate leaders claim there should be 46) has worked more than 1,200 hours of overtime.

SIC television news carries the story highlighting dramatic shots of the dismal, even decrepit, conditions on the ward: “There is one shower for 34 patients” – and even that is clearly a long way from being 5-star.

The hospital board has “admitted that conditions are undesirable” but suggests the 2022 budget will bring some much-needed investment.

The board has not addressed the lack of nurses, nor their ‘refusal to accept responsibility’ at this challenging moment for the health service in general.

But looking at the dilemma from slightly further away, columnist Henrique Raposo describes a State health service that is “falling to pieces every single day due to Socialist policies”.

A no-holds-barred critic of authorities’ approach to the pandemic, Raposo refers to the reality (that so few in power seem willing to recognise) that Portugal’s ‘epidemic’ has now become simply an illness.

“In whose interest is it to maintain fear as if we were still in February? He asks “Who can be interested in keeping fear going as if we hadn’t got around 90% of the population covered by mRNA treatment?”

Raposo explains – very much in the same way as was explained by Luís Marques Mendes on Sunday (click here) – that there is no comparison now between current Covid deaths and those of February.

“Now we have 20 Covid deaths (per day), in February we had 200 or 150. This is the difference between an epidemic and an illness”.

Yet we are living in a new rush to bring in further restrictions (due to be announced any moment now); to ‘contain populations’; reduce socialising. “The SNS is falling to pieces every day … but all people are talking about is the new strain of Covid”, writes Raposo.

Elsewhere, Director general of WHO Tedros Adhanom Ghebreyesu put his finger on the reason: “Even if Omicron does cause less severe disease, the sheer number of cases could once again overwhelm unprepared health systems,” he said.

Two years into a global pandemic, with billions of every possibly currency having been spent on vaccine roll-outs, PPE and social support measures, health systems have somehow still been left “unprepared”.

In whose interest could that be?