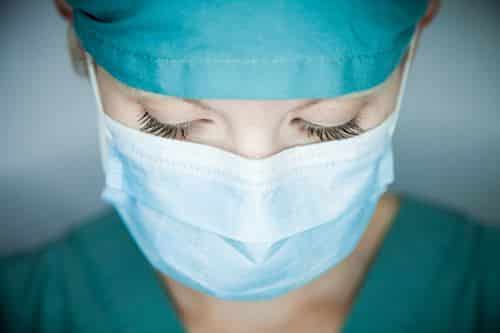 Nurses, doctors and other health professionals up and down the country will be going on a 24-hour strike this Friday (August 22).
Already in Santarém some have begun a four-day stoppage. In the Algarve – now teeming with visitors – services will be running at bare minimum. Protestors talking to the Resident explain they have had a bellyful of stress and work exhaustion.
The nationwide walkout has been organised by the nurses’ union (Sindicato de Enfermeiros Portugueses, or SEP), which is particularly active in the Algarve.
Regional coordinator Nuno Manjua told us that a public forum will be held in front of Faro’s regional health authority building at 5pm on the day of the strike, explaining that the initiatives came in response to the acute “lack of human resources and medical supplies” suffered in the state health sector as a result of all the government’s spending cuts.
This action is the first strike that sees nurses and the region’s doctors prepared to down tools in unison.
The scenario, claims Manjua, translates into a “serious lack of decent conditions” for both health professionals and patients.
“There aren’t enough of us – and we don’t have enough medical supplies for the number of patients here right now,” he explained, stressing that the Algarve’s population “almost trebles” during the summer.
Despite the recent hiring of 45 nurses for the region, Manjua maintains they are not enough to make up for the “nearly 90 who have quit”
Contacted by the Resident, Pedro Nunes, president of the CHA hospital administration – which covers Faro, Portimão and Lagos hospitals – agreed that “health professionals have a right to go on strike”, but he said there was a flip side to the whole issue of strike action.
“This is a national strike,” he explained – stressing it was less influenced by local problems. “SEP is the strongest union of the PCP (communist party) which is losing power because there is an excess of nurses. This is honestly a political ‘war’ orchestrated by the PCP as part of their national strategy – and for this reason I don’t see any sense in making further comments”.
Nunes has always maintained that problems within the health service are being fanned for political reasons.
His stance has led to extreme criticism from the left wing, with key figures like Portimão’s Socialist mayor Isilda Gomes even passing motions calling for his dismissal.
But as the region’s health boss continues to tell all reporters who contact him: politics has no place in the public health service.
Health minister and nurses clash over “exhaustion” claims
Health minister Paulo Macedo has been heavily criticised for his reaction to nurses’ comments over exhaustion.
While SEP claims that nurses are currently “exhausted” due to “forced overtime”, Macedo has said that their exhaustion is a consequence of nurses “taking on two or more jobs in the public and private sector”.
SEP disagrees, calling the minister “dishonest”. The union said most of the ‘double job’ cases are taken on by nurses who want to “improve their education” and only represent around 5 to 6% of all nurses, in total. The remainder, they say, end up working over 50 hours per week at their only job at hospitals or units of the national health services (SNS). Bruno Fernandes, a young nurse now working in UK (see panel), also disagreed with Macedo’s statement, saying his “point of view only proves that those in charge have no idea what really goes on at national hospitals”.
Four more strikes planned
As Santarém is already in the grip of strike action further paralysis is planned in Setúbal, Minho and Lisbon.
“Services at breaking point”
Bruno Fernandes, 28, and Marina Queimado, 29, are two nurses who put the problems faced within their profession into a nutshell.
Working at Portimão Hospital for over six years, the couple told us that they no longer saw a future for themselves in Portugal. They left the country last month, and are now working in Peterborough, England at the Peterborough City Hospital.
“We weren’t happy with our jobs in Portimão,” they explained. “It’s a big responsibility to work as a nurse, yet the conditions we had were not proportional to that responsibility,” Bruno added.
“Most of our colleagues work much more than the 40 hours they were hired to work. Everyone ends up being exhausted, which affects their motivation and performance.”
“We weren’t the only ones who left,” said Marina. “Many others have left as well and there are others still planning to go.”
Although the lack of human resources and occasional lack of medical supplies were pivotal factors in their decision to emigrate, the couple said that another was the difficulty for nurses to move up in their careers.
“In many cases, nurses who have been working for 20 years earn the same as someone who just came out of school. How can you be motivated when you know that experience will not be valued in the future?” they queried, adding that obtaining a nursing specialty in England is encouraged by hospitals there – to the point that British hospitals even go so far as to subsidise the courses.
“In Portugal, it all comes out of our pockets and nobody encourages nurses to pursue a specialty. Even if we do obtain one, the pay remains the same and we basically end up doing the same job as other nurses,” the couple complained.
By MICHAEL BRUXO & NATASHA DONN – news@algarveresident.com