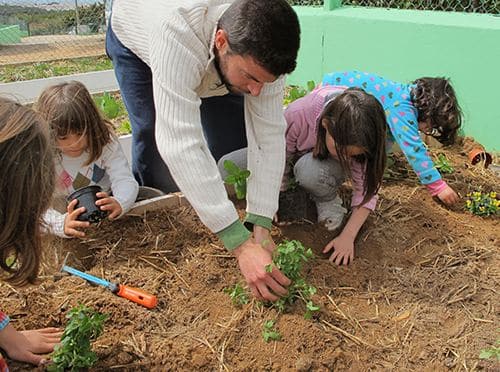 A group of Danish nurseries has come up with a novel way to help the country’s low birth rate – offering parents an evening of free child care so they can go home and make more babies.

Seven Danish kindergartens are taking part in the scheme, offering two free hours in the hope it will encourage parents to procreate.

Employees at Grasshoppers kindergarten in North Fyn, about six miles from Odense, hoped the scheme would draw attention to the country’s dwindling number of births and encourage parents to do something about it. The first free evening was last Thursday night, and was designed as a party for the children, complete with music and a tea party.

“We have 42 children in the kindergarten, and we’ll be looking after 20,” Dorte Nyman of Grasshoppers said.

Demographers fear the declining population could undermine the welfare system.