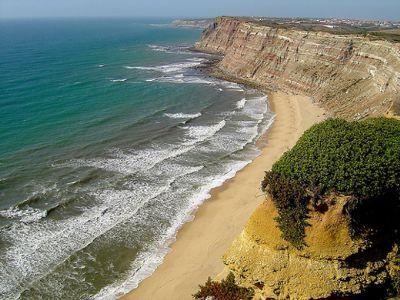 Nudists in the Algarve are asking Câmaras for the number of legal nude beaches in the region to be increased as an international survey carried out by on-linehotels.com revealed that Praia do Barril was one of the top ten nudist beaches in the world.

There are numerous other beaches in the region where naturists are tolerated, including Meia Praia near Lagos, Praia Grande near Pêra and Fuzeta beach near Olhão, but these are not legally recognised.

The current law, passed in 1994, states that a nudist beach must be 1500 metres from urban areas, a distance which protestors believe makes it impossible for further beaches to be legalised.

A spokesman from the Clube Naturista Algarve said: “The current law makes it almost impossible for there to be any further nudist beaches in the Algarve as every beach has a development within 1500 metres. We are proposing that the law is changed to reduce the distance to 500 metres.”

Members of the Clube Naturista Algarve also believe that that by increasing the number of nudist beaches a new tourist market could be targeted in the region.

The spokesman added: “We need the law changed as soon as possible to allow us to compete with the French and Spanish naturist tourism markets, hopefully attracting thousands of new tourists to the region.”

Members of the Clube Naturista Algarve are currently liaising with sympathetic political parties to try and facilitate changes in the law.

If you would like to become part of the naturist movement of the Algarve, then please visit www.clubenaturistaalgarve.com (partially available in English).