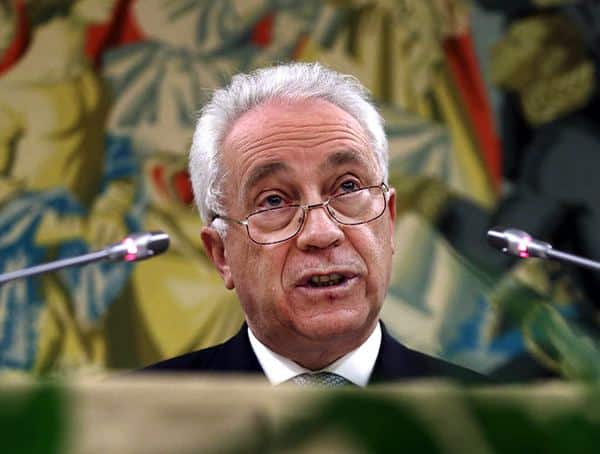 Banco Espírito Santo is no more – but almost as soon as the Bank of Portugal revealed the €4.9 billion rescue package that it claimed posed “no risks to the taxpayer”, financial and political commentators began shouting from the rooftops.
Spanish daily El País wrote: “Passos Coelho’s economic team is trying to convince the public that the bank’s rescue won’t cost the taxpayer a cent. This goal is no more than a declaration of intent…”
Holland’s De Telegraaf said: “This bailout is appalling. Not just because it uses European funds, but because it violates rules that were passed only recently”; while the BBC in analysis confirmed: “It is ultimately Portugal’s taxpayers who are underwriting the loan.”
In other words, the painfully repetitive speech given by Carlos Costa, governor of the Bank of Portugal, last Sunday was not worth its airtime.
Meantime, in Brussels, the new EC commissioner Jean-Claude Juncker has warned that Portugal’s situation remains “fragile”. Novo Banco may have risen from the ashes to take the place of BES, but there is still a long way to go…

As widely reported, the bank has been split into two – a “good bank” with all the healthy assets (customer deposits/ savings accounts, etc.) and a “bad bank” with what Carlos Costa called the “toxic activities” and “businesses related to the Espírito Santo family”.
Thanks to the €4.9 billion loan through Europe’s Recapitalisation Fund, the good bank opened for business on Monday.
As financial website mindfulmoney pointed out, this did look good “until we realise that the Resolution Fund does not have €4.9 billion, or anything like it”.
Bottom line: “The Resolution Fund is financed by Portugal’s banks.”
It’s the inconvenient truth backed by the BBC, which explains: “The idea is that Novo Banco will be run by the Resolution Fund … and the bank will eventually be sold off, with the proceeds used to pay back the €4.9 billion loan.”
But if El País is to be believed: “It is unlikely that the sale of Novo Banco will secure the €4.9 billion that have been invested in recapitalising it.”
This hints at why international observers have been following the situation so closely.

Danger of a domino effect

Far from calming markets and drawing a line in the sand of the banking scandal that has gripped the nation, the rescue package has simply “shifted the risk”, explains France’s Catholic daily La Croix: “This case reminds us that the countries of Southern Europe remain in a fragile situation despite all the rescue packages. This fragility is contagious. By rescuing one bank, Portugal has destabilised its position on the international markets. The domino effect that it wanted to avoid may well show up elsewhere: Portugal’s creditors see their own situation as more fragile, as they are exposed to greater risks.”

And as the rescue plan looks more and more like a wobbly Molotov pudding, questions remain about the Portuguese authorities’ handling of the situation. Indeed, Carlos Costa was due to address parliament on Thursday (after we went to press) as politicians of all parties join the clamour for answers.
As the BBC writes: “Barely a month ago, they (the Bank of Portugal) waved through a capital increase in which BES raised €1 billion – money that all but vanished as the share price plummeted.”
Elsewhere, shareholders whose stock has been bundled into the bad bank say they feel they were duped by a regulator that, until very recently, told them all would be well.
Talking to Lusa news agency, Octávio Viana, president of investors association ATM, said that Costa “changed investors’ minds and created trust by telling them the bank was solvent”. Now they are faced with having lost everything.

As the forensic audit into the extent of BES ‘fraudulent schemes’ continues, the patriarch of the trouble-torn Espírito Santo family remains silent. Ricardo Espírito Santo Salgado is believed this week to have deposited €3 million in court as a bail surety for charges he faces of money laundering, tax evasion and fraud. Considering his money is meant to be tied up in BES’ ‘bad bank’, Correio da Manhã concludes: “There are indications that Salgado’s principal funds are not within BES.”
Either way, the banking mogul is not saying anything.

These include banks in Libya (Aman Bank), Miami (Espírito Santo Bank), Angola (BESA) and credit rights on Espírito Santo International, Espírito Santo Control and Espírito Santo Financial Group, among many other offshoots.
Indeed the dizzy trail of digits has been described by financial journalists as being so complicated “it is difficult to decipher what they all mean”.

A new digit entered the mix on Tuesday, when France’s Crédit Agricole announced it had lost €708 million in BES and was considering suing the former administration. CEO Jean-Paul Chifflet said the bank felt it had been “misled” by the Espírito Santo family with which it had been “trying to create a true partnership to build the biggest private bank in Portugal”.
By NATASHA DONN news@algarveresident.com