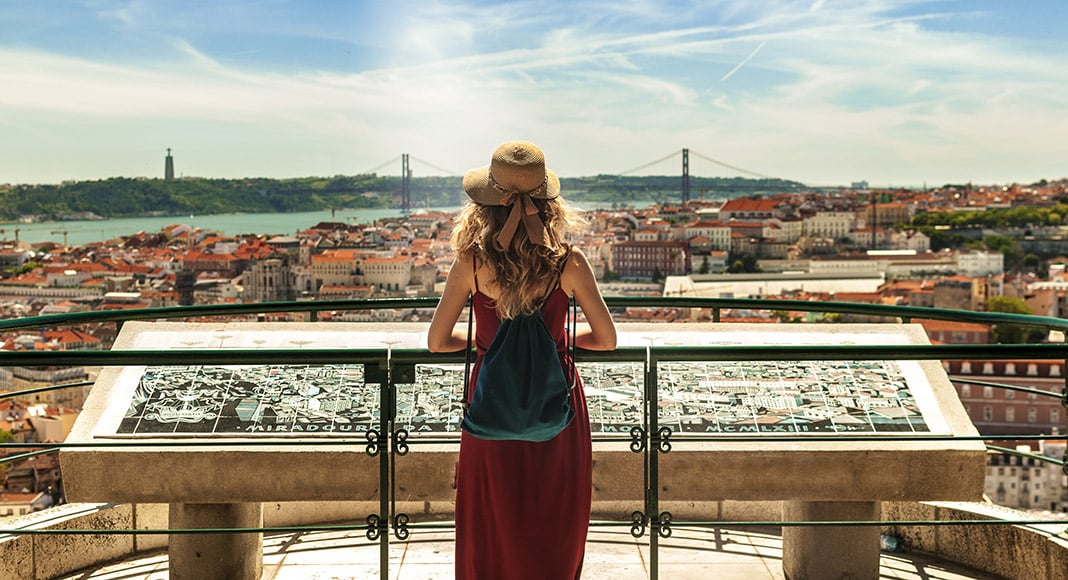 August in Portugal is traditionally a holiday month, like elsewhere in southern Europe.

In normal times, foreign tourists flock to Lisbon, Cascais, Porto, the Algarve, Madeira and the Azores and travel around the country.

But these are not normal times. We are living with the Covid-19 pandemic and infections here continue.

At this time last year, several cities, regions and islands in Europe, being overwhelmed by the influx of visitors, began to adopt measures to restrict tourism.

Now, in August 2020, the same jurisdictions are lamenting the absence of foreign visitors. Many hotels, restaurants, bars, gift shops and other related businesses are closed and may be threatened by bankruptcy.

Tourists, please come back! How attitudes can change.

Noting the local authorities’ concerns and protests about the United Kingdom’s decision to put Portugal on the list of risky destinations, one is reminded of the country’s dependence on British trade and military help in former centuries.

The UK government’s announcement lifting restrictions for travel to and from Portugal was received by Portuguese politicians with great satisfaction (greater relief about a British presence can only have been generated by Wellington’s military intervention on Portugal’s side in driving out Napoleon’s army in the early 19th century.)

British visitors are seen as the key to a revival of tourism here, especially in the Algarve. Hopefully they will not make our virus situation worse, in light of increasing infections in the UK.

The same goes for visitors from Spain, which is now on the “blacklist” in Austria, Germany and the UK for travellers from that country. Croatia, Serbia and several other East European countries are also designated as highly risky (Austria still restricts visits from Portugal).

Overall, holiday travel in Europe has been and still is a significant factor in causing new infections. It seems that those who can still afford it are prepared to risk their health in favour of dubious leisure activities.

This month of August also gives us the opportunity to remember some significant historical events.

On August 14, 1385, in the battle of Aljubarrota (near Alcobaça), Portuguese forces commanded by King John I (with English help) decisively defeated the army of King John I of Castile, thus ensuring Portugal’s independence for a considerable time.

Another important event in Portuguese history occurred on August 24, 1820, when the Liberal Revolution started in Porto and quickly spread to the rest of the country. It resulted in the return of the court from Brazil to Portugal and paved the way to the 1822 new Constitution. Although only in force for a limited period, it was fundamental for the future of democracy in Portugal (Brazil became fully independent in 1825.)

Seventy-five years ago, on August 15, 1945, Japan officially surrendered to the American and Allied forces, following the atomic bombings by the US on Hiroshima and Nagasaki earlier that month. So ended the Second World War, six months after the surrender of Nazi Germany in May 1945. Total loss of human lives during WW2 is estimated at 70-85 million, including civilian deaths of least 50 million.

Although Portugal managed to keep out of the war, from the mid-1930s to 1942 Lisbon became the “Harbour of Hope” – the title of a 1994 documentary film by Pavel Schnabel -, for many people, mainly Jews, who were fleeing persecution and certain death in Germany, Austria and other German-occupied countries. It was a transit point for emigration to the USA, if possible. For others, Portugal became a new home.
The weekly magazine Sábado of August 20, 2020, has the story of how those Jewish refugees who found a hospitable home in Portugal brought some changes to this conservative country (“their women smoked in public; some wore two-piece bathing suits”), established new businesses and contributed to art and science.

On Sunday, August 23, the Champions League soccer final took place at the Estádio da Luz in Lisbon. Portugal was awarded the Last Eight matches, warmly welcomed by the Portuguese President and the Prime Minister, whose respective enthusiasm also attracted criticism. The terraces during all the games were empty and the number of visiting fans was limited.

The final was won by Bayern Munich, who beat Paris Saint-Germain (PSG) 1:0. Interestingly, PSG is owned by the Emir of Qatar, whose regime also has strong business links with Bayern Munich. In spite of some recent improvements, Qatar is known for its dubious human rights record and its inhuman treatment of foreign construction workers. The chairman of Qatar Sports Investments is under investigation in Switzerland; France is investigating how Qatar was awarded the 2022 World Cup. It is sad to see how international football is being corrupted by big money.

In conclusion, our prime objective is to remain healthy. Fresh air, sun (in moderation), exercise and open spaces are recommended and unnecessary travel remains on hold.