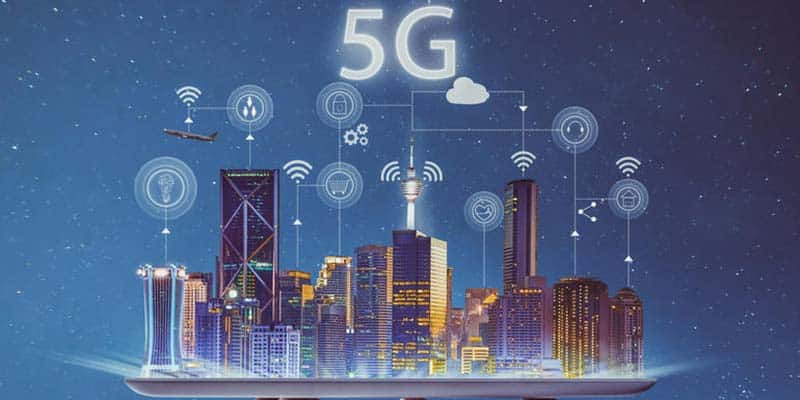 Portuguese telecommunications operator NOS has carried out the first public test demonstrating the powers of a 5G network in Portugal.

Using Huawei technology – and poo-pooing the ‘cold war’ at play between the United States and Huawei – NOS executive administrator Manuel Ramalho Eanes told journalists in Lisbon yesterday that he is confident that “all risk scenarios” have been catered for.

The first public testing of the technology took place at the opening of Portugal Smart Cities Summit at the FIL congress centre.

It was a simulation of an emergency situation where vehicles had to be action “from a distance”.

Various reports have explained how NOS regularly tests its developing technology and has “absolute faith” in its Huawei partners.

“International concerns” are not going to do away with 18 months of work and investment within the company, said Ramalho Eanes, stressing that aside from its partnership with Huawei, NOS is “working with Nokia to ensure the availability to the Portuguese market of 5G masts and technology”.

Yesterday’s test event involved a Huawei mast being installed at the corner of FIL’s Pavilion 1.

“In the middle of the pavilion were two driving simulators with virtual reality goggles”, explains Observador.

Operators were able to show how, with 5G, its possible to control emergency vehicles, like fire engines, from a distance.

Granted, the speeds at which these vehicles travel do not exceed 20 km/ h yet, but the advantages, in terms of removing the risks to humans in hostile environments were highlighted.

NOS is not revealing for now how much it has invested in 5G, but Ramalho Eanes stressed the company’s commitment to rolling out the network in partnership with Huawei.

Ignoring remarks made by American ambassador to Portugal recently (click here), media sources in Portugal have instead cited Huawei’s founder Ren Zhengfei who claims his company is so far ahead of the game in the development of 5G that “not even in two or three years” will another company be able to compete with it.

The only potential ‘stumbling block’ – and one highlighted by NOS – is that ANACOM, the Portuguese telecoms regulator, has not yet opened tenders for providing access to the necessary network bands for 5G.

Said Ramalho Eanes: “It’s important that operators always have the best possible technology available. If operators in the future find themselves unable to use part of the technology that they have constructed – and which is important for this future – this would not not signify an advance, it would be a backwards step…”