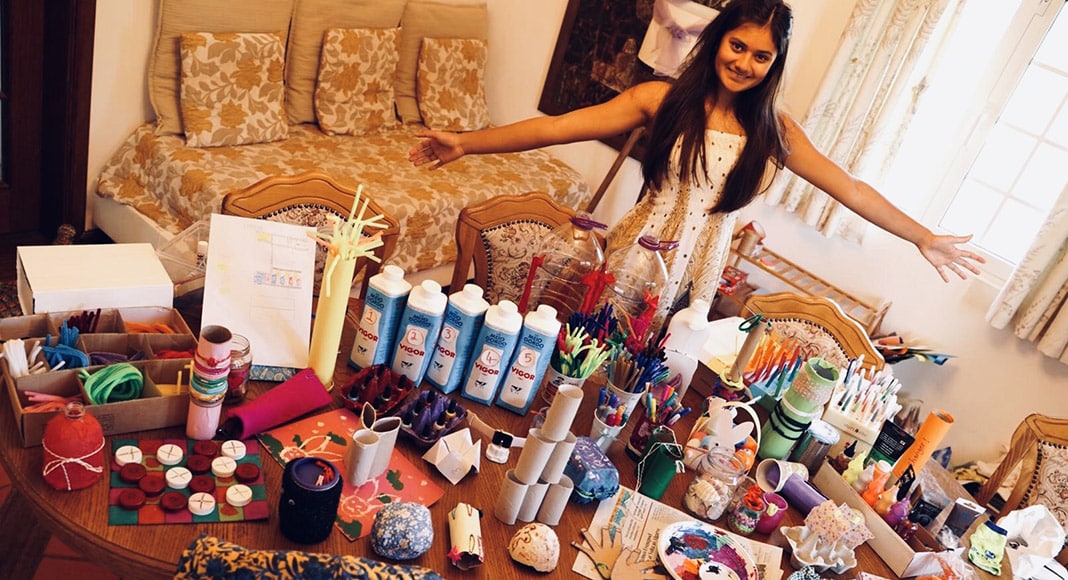 During the Easter holidays, Nobel International School Algarve students in Middle School, Years 7 to 9, were set the challenge of carrying out the 5Rs: Refuse, Reduce, Reuse, Repurpose and Recycle.

Through home-based research, part of the PHSE curriculum that lays the foundation for study of the newly-introduced IGCSE Global Perspectives course, the students were set tasks including finding out how fast things biodegrade, such as vegetables, paper, cotton, orange peel and styrofoam cups. The second part of their task was to come up with creative ways in which to repurpose items that would normally end up in the rubbish bin.

Anushka Naidu, Year 7, took the challenge very seriously, managing to repurpose 100 items during the school holiday. Miriam Naidu, mother of Anushka, Josh and Anaya, and Chair of Friends of Nobel International School Algarve, said: “It was incredible to see how inventive Anushka became with this challenge. She is naturally very competitive and set herself the challenge of repurposing 100 items. She took it so seriously and was busy for the entire holiday with her sewing machine and everything that she found. We were amazed at some of the ideas she had! She was working on it constantly and was so self-disciplined and determined. It gave her a real sense of purpose.”

Whilst Anushka, originally from Warwickshire in England, created a phone stand as well as pen pots, nail polish holders, clothes, games and home decorations, one of her classmates, Nikolai Musk, Year 7, used plastic bottles and felt to make a face mask – he even made a video of how to make this which is shared on the school’s Facebook page.

The students’ teacher, Mr Dawid Botha, said: “It was astounding to see just how these Year 7 students interpreted this task and invested so much time, thought and energy into it. In our online school discussions about this topic, the students were able to share their ideas and inspire each other to reconsider what purchases they make and how they dispose of household items. We discussed how we can send signals to big brands by choosing to buy items made from material that can be recycled. Well done to these students!” 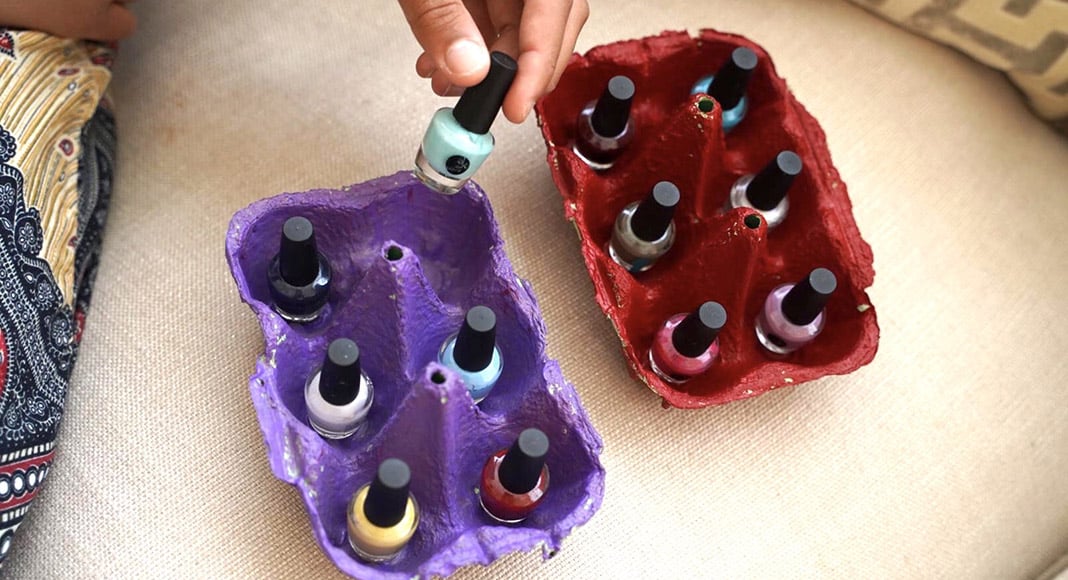 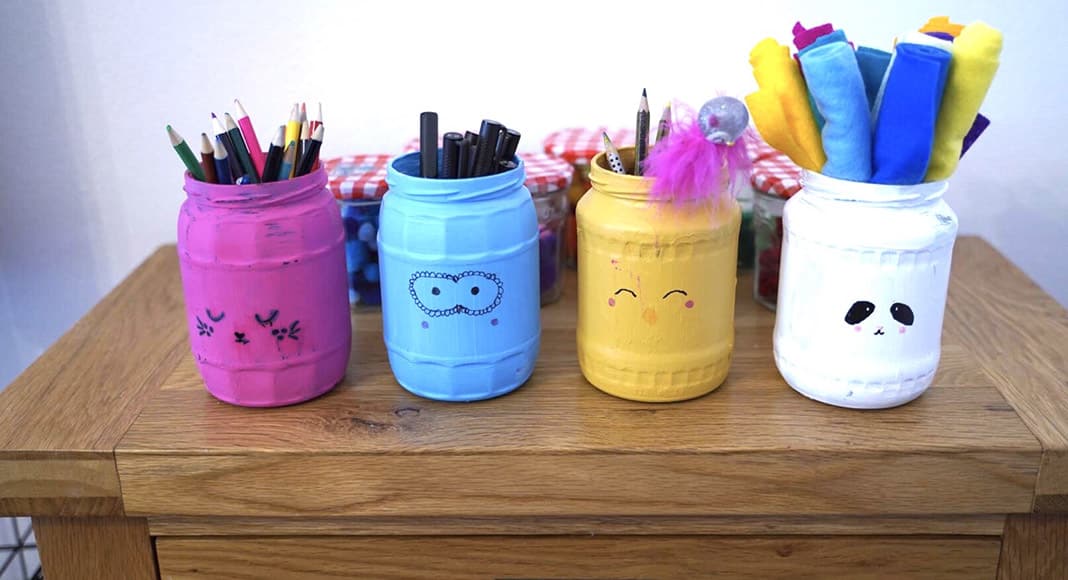 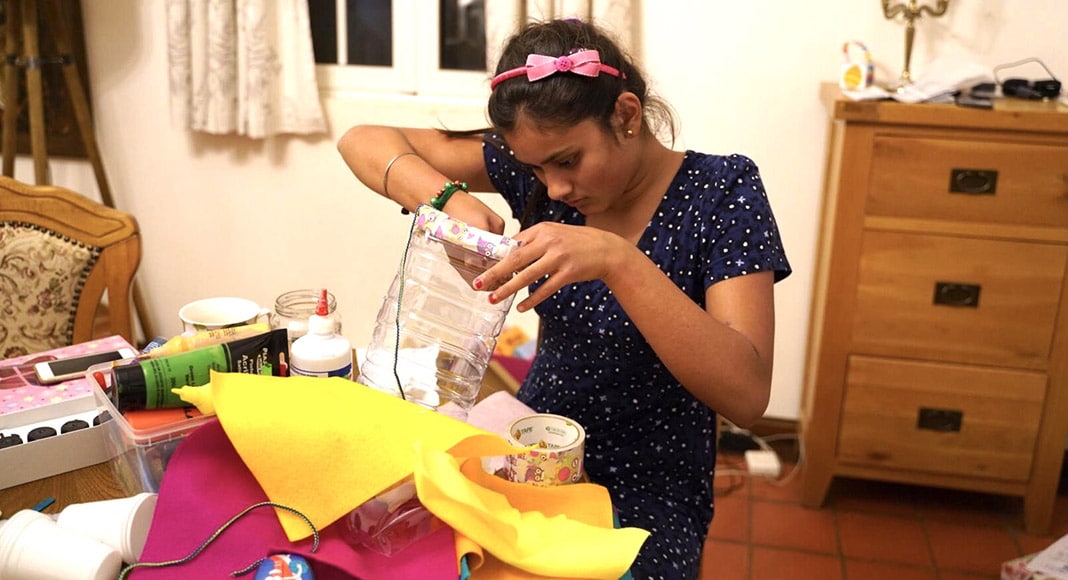 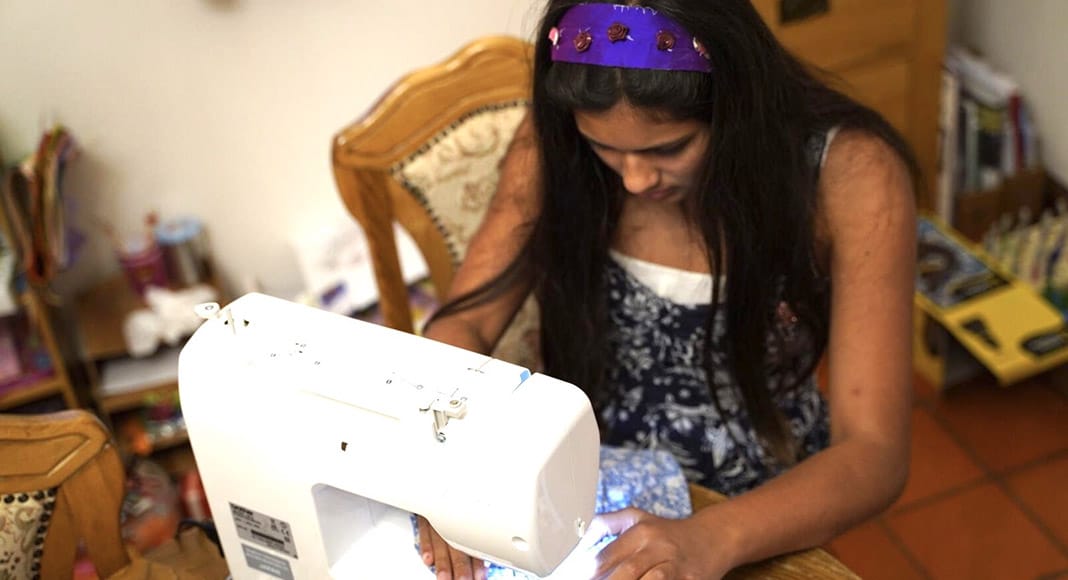