The Berlin Marathon – branded BMW Berlin Marathon for sponsorship reasons – is a major running and sporting event held annually in Berlin, Germany.
The Berlin marathon is one of the largest and most popular road races in the world. The 2013 skater marathon had 6,298 participants and had more than one million spectators along the course. It is considered the largest inline skater marathon in the world and is the final venue of the World Inline Cup.
The International School of the Algarve has sponsored a team to enter this year’s event led by Jorge Amador wearing Team Nobel Education Network branded uniforms. The race is not only watched by hundreds of thousands of fans locally but is also covered by a number of television stations worldwide.
The inline skater Berlin Marathon will be held on September 27. 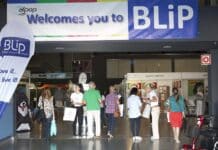