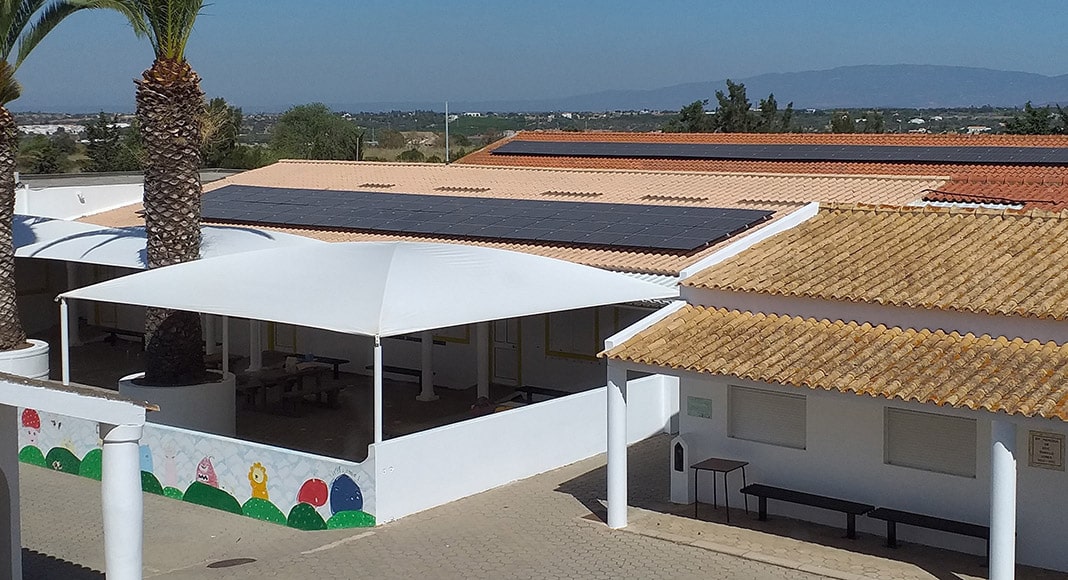 At the end of the last school year, Nobel Algarve, a certified Eco-School since 2016, made what is probably the biggest step in its sustainability journey by installing solar panels at the school, covering a total area of almost 400 square metres.

The 232 panels can produce enough energy during the day to help power the school and, should production exceed consumption, the surplus will be channelled into the national grid. Coming into operation with the start of the new academic year this month, hopes are that the group’s Lagoa campus could eventually become self-sufficient.

“And the timing couldn’t be more poignant, after recent reports that Portugal produces less energy from solar sources than England,” says the school. “This prompted Portugal’s Environment Minister Matos Fernandes to call for a commitment to bigger efforts in terms of solar energy production in Portugal. Reaffirming the government’s pledge to reach nine gigawatts by 2030, he said in addition to investments in solar parks, communities and families must also invest in boosting solar power production to meet the target.”

Since joining Globeducate in 2018, a bilingual and international school group, Nobel Algarve has built on its established Eco-School status and joined more than 50 other Globeducate schools worldwide in implementing a series of measures to make it a greener, more eco-friendly school “with sustainability education at its heart”.
All Globeducate schools are working on the group’s agenda to address the United Nations 2030 Sustainable Development Goals and, through partnerships such as WWF and Eco-Schools, students and teachers in Lagoa have opportunities to work with fellow students and colleagues around the world, taking part in summits, debates and awareness events “that will help these young people have an impact on the future, shaping the world”.

Abi Lewis, Head of School at Nobel Algarve British International School, said: “Taking climate action and reducing our school’s carbon emissions is something we strive for here at Nobel Algarve. Not only can we reduce our own carbon footprint, but we embrace promoting a sustainable future for the children and young people in our care. We use the UN Sustainable Goals as a blueprint for action and we are all aligned by the mission of bringing peace and prosperity for people and the planet equipping our students to take action now and into the future.”