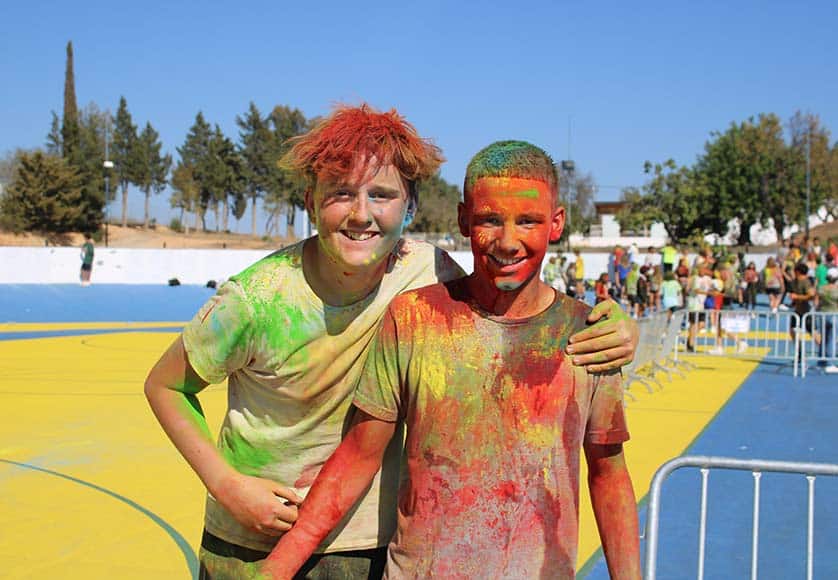 Nobel Algarve British International School kicked off a series of events planned for throughout the year to celebrate its landmark 50th anniversary with a Colour Fun Run at its flagship Lagoa Campus on Friday, October 14.

Hundreds of students dressed in their House Colours were cheered on for what was an enjoyable afternoon, rounded off with a slice of celebratory anniversary cake after crossing the finish line.

There were many coloured faces and garments at the end of the day but also plenty of smiles and laughter that reflected the momentous occasion.

Addressing attendees at the Colour Fun Run, Francisco Claro, Head of Nobel Algarve’s National Section, reflected on the school’s long and outstanding history, telling those present: “You all make the school what it is today.” 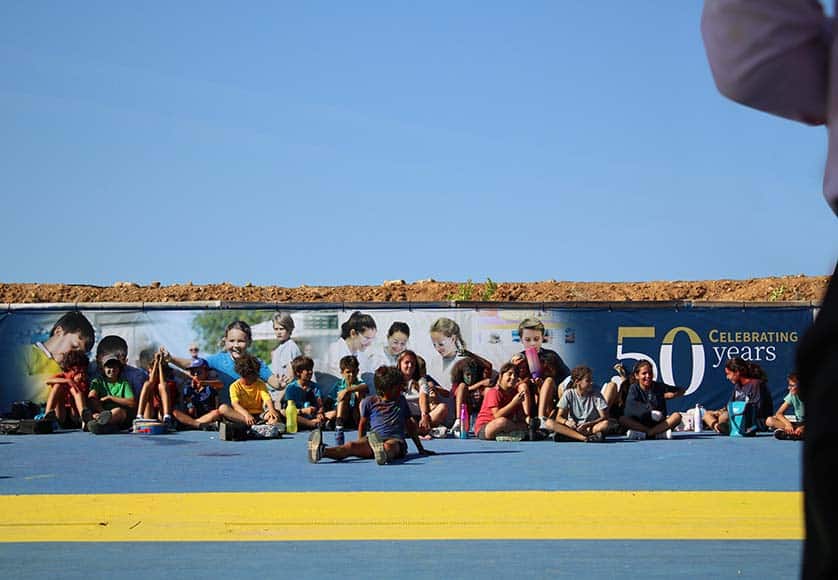 He gave a special word of thanks to the teachers and staff for their dedication to the school and said while there have been many events over the years, none perhaps was as poignant as the 50th anniversary.

This sentiment was echoed by Scott Pryde, Head of the International Section, who expressed his pride in the student community as a whole. “We are all in different Houses, but always remember, we are one school,” he stressed.

In 2019, Nobel Algarve became a member of the Globeducate group, a leading international K12 education group.

And earlier this year, Nobel Algarve unveiled expansion projects for both of its campuses (Lagoa and Almancil), part of Globeducate’s ongoing investment.

In speeches to their peers, student leaders Aidan D’Silva and Sophia Casanova gave their personal views on Nobel Algarve turning 50. While Aidan shared the “lasting impact” that Nobel Algarve and its “world-class education” have had on him, Sophia focused on what she believes makes the school “so special”, praising it for being “a melting pot of diversity”.

Head of School Abi Lewis, also gave a few words to reflect on the day, saying: “The Colour Fun Run was a fantastic way for Nobel Algarve to kick start its 50th anniversary celebrations. It was a real spectacle to see students running in clouds of coloured dust, but the joy on their faces was priceless!”