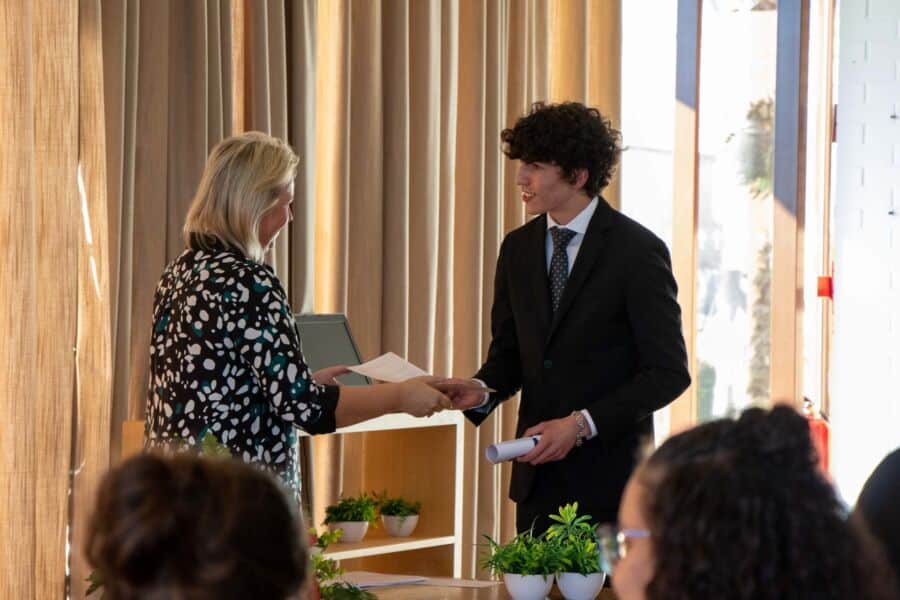 Nobel Algarve British International School is celebrating “record-breaking” A-Level results, with 51% of A-Levels gained at the highest A* or A grades. This is up 13% on last year’s 38%.

Further evidence of the Year 13 graduates’ hard work and determination is that A* to B grades improved by 24%, and A* to C grades also improved by 13% on last year.

After excelling in their A Levels, the students have opened the door to some of the best higher education institutions around the world.

Many (24%) are leaving Nobel Algarve with the coveted three or more A* or A grades and are now off to their first-choice universities, while 60% of students achieved at least one A grade (compared to the UK average of 36%).

Nobel Algarve’s Head of School, Abi Lewis, was delighted, saying: “These results are a testament to our wonderful students who have worked so hard, under what we know have been extreme circumstances, to achieve these impressive results.

“An outstanding education is more than just exam results; our broad and balanced curriculum goes beyond the purely academic. We encourage our students to build a deeper experience of the world. But the cornerstone of our business here is to prepare students for international higher education, furnished with choices and courageous enough to take them.” 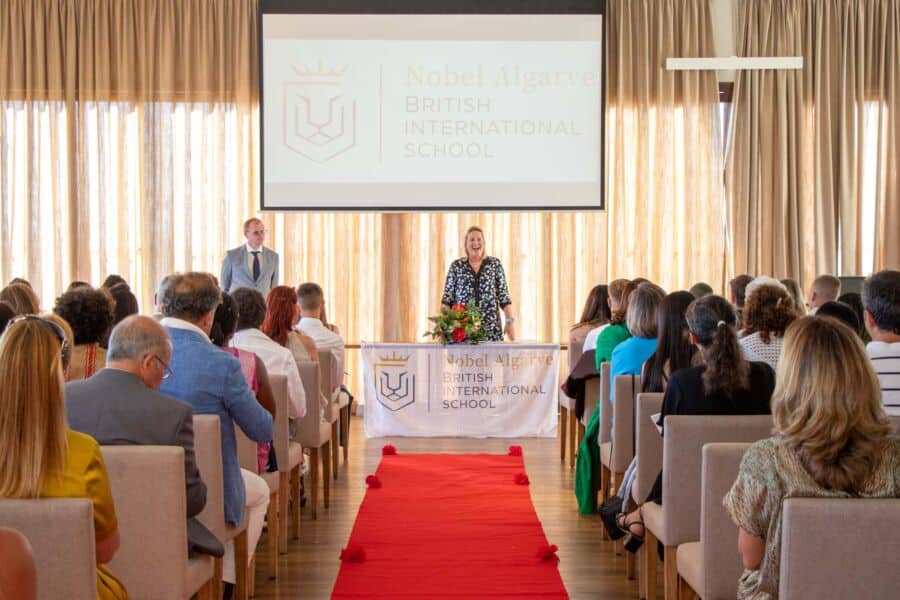 There are also several individual success stories to highlight amid the resounding outcome, among them is Maria Zhan, who was this year listed on the Globeducate Roll of Honour.

Maria joined Nobel Algarve, which this year celebrates its 50th anniversary, in Year 6, and in that time has excelled academically. More broadly, she is also described by her peers as a keen musician and a kind and popular student. Maria achieved 4 A* grades in her A-Levels this summer and can now take up her first-choice university in London, King’s College to study Biomedical Science.

Also of note, among the straight-A students, were Nobel Algarve’s Head boy, Gabriel Khaled Idriss, who gained two A* and one A; Maena Marie Adjoba Leray, who achieved three A* and one A, and Alice Tomé Lehodey, who got four A. Carlota Gonçalves, who achieved one A* and two A, has secured a place at Imperial College London, and Maya Soares Archer, who also gained one A* and two A, will be going on to study at Bristol University.

David Green, Head of Secondary, commented on the outstanding A-Level results, saying: “I am delighted with the number of students who will be going on to study at their desired first choice universities.

“Their hard work and determination have paid off. A huge congratulations to all!”

Mrs Lewis concludes: “I am so proud to lead Nobel Algarve and a team of dedicated teachers who unlock students’ potential and challenge them to be the best they can be. We wish all of them every success in their future endeavours.”

Established in 1972, Nobel Algarve British International School is one of southern Portugal’s leading international schools. Currently comprising two campuses in the Algarve: the flagship school in Lagoa, and the state-of-the-art campus in Almancil. Together the campuses educate more than 1,000 students from more than 40 nationalities, aged three to eighteen.

Students follow either a contextualised English National Curriculum, sitting IGCSEs and A-levels, or the Portuguese Curriculum in Lagoa, with the vast majority enrolling in some of the world’s finest higher-education institutions. Nobel Algarve believes learning goes beyond the classroom and offers a rich outdoor learning programme that also promotes environmental awareness.

Proud member of Globeducate, one of the world’s leading K12 education groups with 55+ premium bilingual and international schools, and online programmes, in nine countries, educating more than 28,000 students. Being a member of Globeducate’s British International Schools cluster, with sister schools in Spain, France, Italy and the UK, affords opportunities for students and teachers to collaborate with others on projects such as LEGO® Education and through partnerships with WWF (World Wildlife Fund) and Eco-Schools.

Students take part in regular global events and competitions with other schools in the group worldwide, such as the Globeducate’s Model United Nations and the Globeducate Academic Olympics, and International Arts Competition.

Both Lagoa and Almancil campuses have recently unveiled two ambitious expansion plans, an impressive project branded ‘Nobel Algarve – Shaping the Future’ to be developed in three different phases. Nobel Algarve Lagoa and Almancil will be equipped with new buildings and state-of-the-art features such as a next-generation Science Lab, ICT suites and multimedia centre in Almancil and a new multi-purpose gymnasium/performance space, a bespoke pre-school, and a brand-new canteen in Lagoa.

The project involves significant investment and is in keeping with Globeducate’s ongoing efforts to consistently grow and improve the educational facilities it offers its students and the wider community.

“Nobel Algarve British International School’s mission is to deliver a first-class, truly international education, developing young people who appreciate the perspectives of others, who face challenges confidently and who develop leadership qualities, building character so they manage failure with tenacity and resilience,” states the Head of School Abi Lewis.