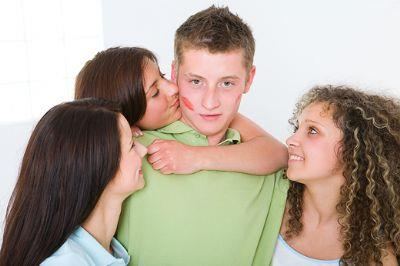 A train station in the northwest of England has put up a no kissing sign at the drop off point to stop commuters from wasting time with over-amorous farewells.

The sign, at Warrington Bank Quay, shows a man in a hat and a woman with a curly-looking hairdo puckering up, with a red line drawn through them.

A similar sign, this time allowing kissing, has been put elsewhere in the station where the act is considered tolerable.

A spokesman for operators Virgin Rail said: “We have not banned kissing in the station, but we have put the sign up at the drop-off point because it is not a very big area and it often gets busy with lots of traffic.”

Elsewhere in the country, High Wycombe station in the northwest of London is actively encouraging commuters to kiss.

“Kissing is welcome here! … We would never dream of banning kissing,” says a poster of a cartoon couple embracing, framed by a pink heart.