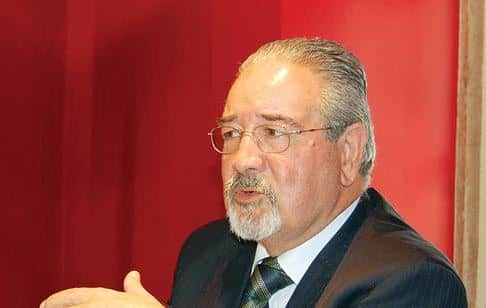 Flamboyant former mayor Isaltino Morais has to stay in jail a little while longer. His latest bid for freedom was thwarted last week by a judge who refused to let him home wearing an electronic bracelet to complete the last part of his sentence for tax fraud and money-laundering.
Readers may recall that Morais is possibly the Portuguese mayor who has wriggled his way through the justice system like no other before him. Convicted of fraud in 2009, he managed to lodge 44 appeals and get five years shaved off his original sentence before finally succumbing to justice and taking his punishment in 2013.
The former PSD mayor of Oeiras, actually ran for office after being convicted of fraud and won.
Now in Sintra’s exclusive Carregueira jail – along with other high-profile figures including former Benfica boss João Vale e Azevedo – Morais has been told that he has to complete his prison sentence behind bars and will not be eligible for release until April 2015.