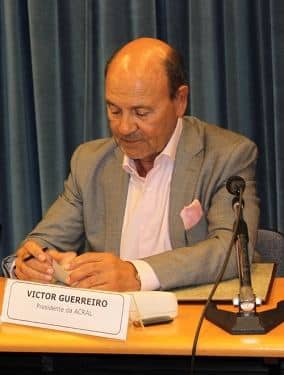 Thousands of cruise passengers have been unable to enjoy their scheduled stop at Portimão Port due to an ongoing port workers’ strike. The current strike period started on Monday and runs until September 24, with further dates scheduled to run into October.

The nationwide protest by workers of the Port and Maritime Transport Institute (Instituto Portuário e dos Transportes Marítimos – IPTM) is over unpaid overtime and being expected to carry out tasks outside of their labour contracts.

Last week, around 10% of cruise arrivals scheduled for Portimão for a stopover had to be cancelled due to a lack of suitable dock conditions.

Five cruise ships, the Aríon, the Star Flyer, the Silver Explorer, the Adónia and the Grand Mistral, carrying a total of around 4,000 passengers, were unable to make their scheduled stop in Portimão while a further two, the Rotterdam (scheduled for September 25) and the Thomson Spirit (September 30), are also expected to be affected by the strike. There are already seven cruise ships scheduled to make stopovers in Portimão in October.

With the strike likely to continue for a further few days, the local Socialist Party has raised concerns over the issue and says the consequences of this standstill are having a disastrous impact on the local and regional economy.

The cruise ships turned away from Portimão represent a considerable loss to the local economy, with the city’s PS party citing €100,000 in losses. “Yet, the government remains silent over this matter,” said the politicians in a statement on the PS website.

“The government’s ineptitude is leading to grave losses,” they continued. “Port workers were forced to take these drastic measures in order to safeguard their rights.”

The Socialists fear the future of the Portimão Port may be compromised, with its image tarnished by the strikes, as the maritime authorities are unable to warn the cruise companies in advance if there are conditions at the Port to receive the liners. “Ships are anchoring offshore, waiting for information from Portimão Port as to whether they can enter the facility or not,” said the PS.

“We have always believed in the potential of Portimão Port and have supported the câmara in its endeavour to encourage further cruise companies to use the Algarve as a cruising destination.”

The local group believes Portimão is now one of the main ports in Portugal, having registered the biggest increase in stopover and passenger numbers.

In a vehement appeal to the government, PS Portimão calls on the need to bring all responsible entities together to discuss viable solutions for the workers and thus ensure a successful future for the port and the local economy.

Businesses in Portimão, which have become reliant on the income generated from the cruise market, have been hit hard by the strikes and claim they are losing “thousands of euros each day”.

In a document sent to the government, business owners claim losses to the tune of €240,000 due to the strikes as “each cruise visitor spends, on average, around €60 in the city”.

The leader of the National Union for Port Workers (Sindicato Nacional dos Trabalhadores das Administrações e Juntas Portuárias), Fernando Oliveira, told national newspaper Correio da Manhã that “the strike is set to continue until there is dialogue with the government”.
1″>news