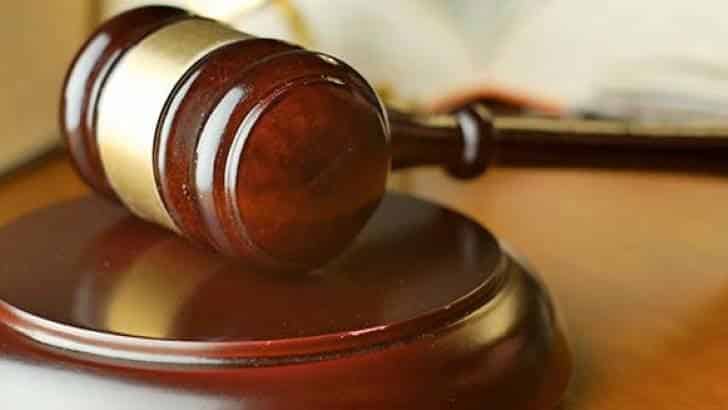 She has served the statutory two-thirds of her jail sentence, but Lisbon judges have rejected the bid for early release by a woman whose supporters argue has committed no crime at all.

Maria de Lurdes Lopes Rodrigues was jailed in 2016 for the crimes of defamation and libel of various high-ranking figures (click here).

The case is one that goes back so far that very few media reports today even allude to it.

It all began when Maria de Lurdes – now 52 – was in her 30s and hoping for a long-term scholarship to study film in the Netherlands.

The funding was offered by the Ministry of Culture – then under a minister who has since been in a high-profile divorce case with a well-known television personality.

When the first-place winner of the scholarship dropped out, Maria de Lurdes (who had come in second place) thought she would receive it.

But it wasn’t to be – and the young woman felt she was being treated unfairly.

There then followed years of efforts in which she tried to highlight what she felt was her case: that the Minister of Culture had treated her badly, and (in her opinion) was not being truthful of the situation in any way, shape or form.

And that is where everything just went from bad to worse.

Maria de Lurdes was accused of defaming judges and police, accused of libel – and the more she railed against the situation, the more complicated it became.

In 2012 she had been sentenced to either three years jail, or hospitalisation in a psychiatric institution.
As journalist Manuel Ribeiro wrote for Global Voices Online “after giving proof of her physical and mental health, Lurdes refused to turn herself over to the authorities. She was ruled in contempt of court and remained as such until her capture on September 29”.

A petition signed by over 9000 people entered parliament last month calling for an end of imprisonment for crimes against honour – the basis of this country’s defamation laws – calling them “medieval and obsolete” (click here).

And this week, the group has said that her continued confinement is “a very sad situation that should leave everyone who loves freedom and democracy in Portugal feeling uncomfortable.

The group’s objective remains: “To secure the release of Maria de Lurdes by making the country aware of the need for her freedom. Maria de Lurdes did not commit any crime. She simply denounced a corrupt judge who allowed her to be robbed of a scholarship to study cinematic animation!”

The reasoning of the court, however is that Lisbon Appeal Court judges considered the basis of Maria de Lurdes’ appeal ‘inadmissible’.

State news agency Lusa has not elaborated on why. Neither has Público which simply reminds its readers that among the VIPs Maria de Lurdes is considered to have defamed were former attorney general Pinto Monteiro, prosecutor Maria José Morgado and former PJ director Almeida Rodrigues.