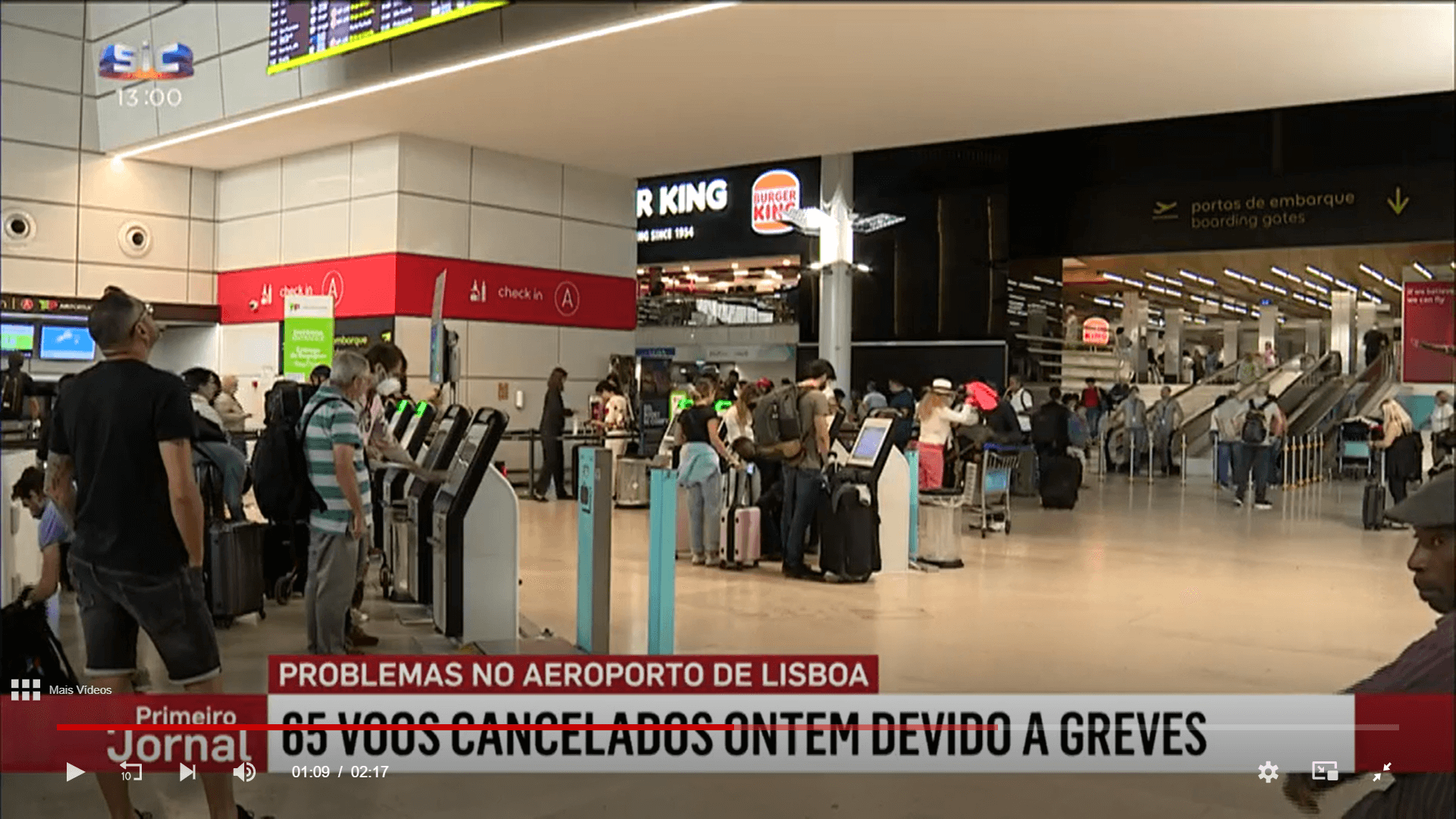 65 flights cancelled on Saturday; over 40 today – dozens of others massively delayed

ANA airports authority has been doing its best to explain the crisis at Lisbon airport this weekend as having been caused by ‘constraints at various European airports’.

But the fact that almost all the flights cancelled, as well as those massively delayed, were run by TAP has left the official excuse looking rather thin.

“I have no confidence in TAP” writer Patrícia Müller wrote over social media in the early hours of Saturday morning.

Ms Muller had been expecting to fly from Lisbon to Madrid on a TAP flight on Friday morning. This was “successively delayed, until midnight”, explains Correio da Manhã – leading to situations where desperate passengers ended up having ‘confrontations with police’.

According to Patrícia Müller, the exhaustion on the faces of airport staff was evident; the airport was teeming with bewildered people, anxious to get to their destinations.

CM describes “enormous queues” at information desks; people bemoaning the fact that they would be missing all kinds of engagements (one passenger was set to miss her own daughter’s wedding in Brazil). In short, it was yet another ‘weekend to forget’ at Lisbon airport – while in Faro, Algarve – which is barely dependent on TAP – it was ‘business as usual’: no hold ups; no cancellations; no delays.

Early yesterday, media sources also seemed to be blaming the weekend fiasco on the fact that a private jet incoming to collect the President of Guinea Bissau (attending the Oceans conference) had blown one of its tyres… No one seemed able to give a coherent reason; even ANA managed to announce over the tannoys at the airport yesterday that the problems had been caused by a strike by SEF inspectors (which were not on strike, nor have a strike scheduled). The airport authority later corrected the announcement, blaming it on an “IT error”.

Bottom line: this weekend has been yet another stark reminder that Portugal may well be ‘open for business’ and ‘expecting more tourists than in 2019’, but that doesn’t mean the summer will be plain sailing… Today’s flight cancellations had been predicted as just 22 but ended up being almost double that number, while many others have been delayed.