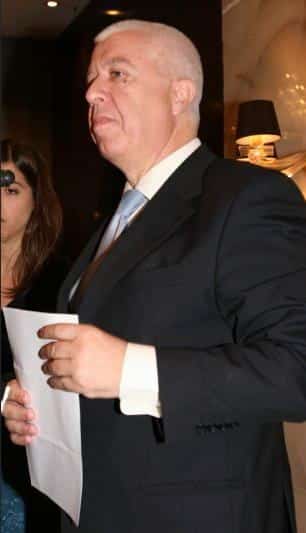 The European Union made it clear over the weekend that unless the two main political parties reach a political agreement, there will be no cash on the table from Brussels.

The stark message of impatience emerged from the sidelines of a meeting of EU finance ministers in Godollo, Hungary, over the weekend where Portugal topped the agenda.

But the leader of the opposition, Pedro Passos Coelho, said on Monday that his PSD party would negotiate with the PS but not if it’s led by José Sócrates. He did, however, say he would approve any programme formally negotiated by the IMF in Lisbon.

The technical evaluation mission, led by German Jürgen Kröger (European Commission) and Poul Thomson (IMF), will negotiate with the main Portuguese political parties in the run-up to the election.

The team has set up a special taskforce room – the Council Room – at the Ministry of Finances where they will begin their difficult work.

They are expected to leave no stone unturned in the nation’s finances, starting with debt-ridden public companies and inefficient ministries.

In the run-up to the bailout decision, the IMF,  in a brief statement from Washington – the Portuguese President had erroneously said the bailout had nothing to do with the IMF – confirmed that the “Portuguese authorities had made a request for financial assistance. The technical evaluation will serve as the basis for political discussions that will begin from April 18,” the statement reads.

The Portuguese Prime Minister, who said the Government would avoid going cap-in-hand to the European Union for a bailout at all costs, was forced last Wednesday to do exactly that.

The Socialist caretaker PS Government, which fell last month after Parliament rejected its latest round of austerity measures – Stability & Growth Pact IV – finally bowed to pressure after the national banking system made it clear last week that it had no more cash to lend the State.

Addressing the nation at 9pm last Wednesday, the Prime Minister, José Sócrates, said that the call for help was to “avoid risks that the country shouldn’t run.”

Initially an interim bailout was mooted which was meant to tide the country over until the elections on June 5.

The estimated €80 billion on the table will be provided by the European Financial Stability Fund (EFSF) which is backed, in part, by the IMF and EU.

Interestingly enough, a poll carried out over the weekend in Germany showed that a large proportion of the population was in favour of helping Portugal through its current financial crisis.

Now the bailout is almost certainly to be approved, British taxpayers will have to stump up an estimated €3.5 billion.

Pressure toward Wednesday’s step has been building since March when all of the United States based ratings agencies – Moody’s, Standard & Poor’s and Fitch successively downgraded the Portuguese State, its public institutions and companies and its banking sector to little more than ‘junk’ status in some cases.

Portugal’s overall ratings now stand at Baa1 (Moody’s), BBB- (Fitch) and BBB- (Standard & Poor’s) – two notches above ‘junk’ status. In other words, it means that outside financial agencies believe there is a serious risk that Portugal could default on her loans.

Moody’s decided on Monday to maintain Portugal’s overall rating at Baa1 despite news of the EU/IMF bailout.

Investor jitters in the secondary or bond markets have pushed up the interest rates on one, five and 10 year Portuguese sovereign bonds to record heights, hovering around five, eight and 10% respectively.

It now falls to the President of the Republic, Aníbal Cavaco Silva, to act as a mediator between the Government and the main opposition party, the centre-right PSD.

The Prime Minister has repeatedly blamed the opposition PSD party for creating a political crisis by not supporting the Stability & Growth Pact IV so as to force elections and win power through the back door.

The PSD President of the Republic, Aníbal Cavaco Silva, has also come under fire from opponents who claimed he stood back and did nothing to bring the parties together during the crisis.

The Prime Minister held various behind closed doors talks with the country’s leading bankers over the past week to avoid the crisis but the banks, themselves overleveraged, undercapitalised and over dependent on the European Central Bank no longer had the funds to help out the State which is now technically bankrupt.

In the past five years, Portugal’s total debt has ballooned from €80 billion to €170 billion.

Bankers met last week at the Bank of Portugal and decided they could no longer afford to help the Government and themselves survive.