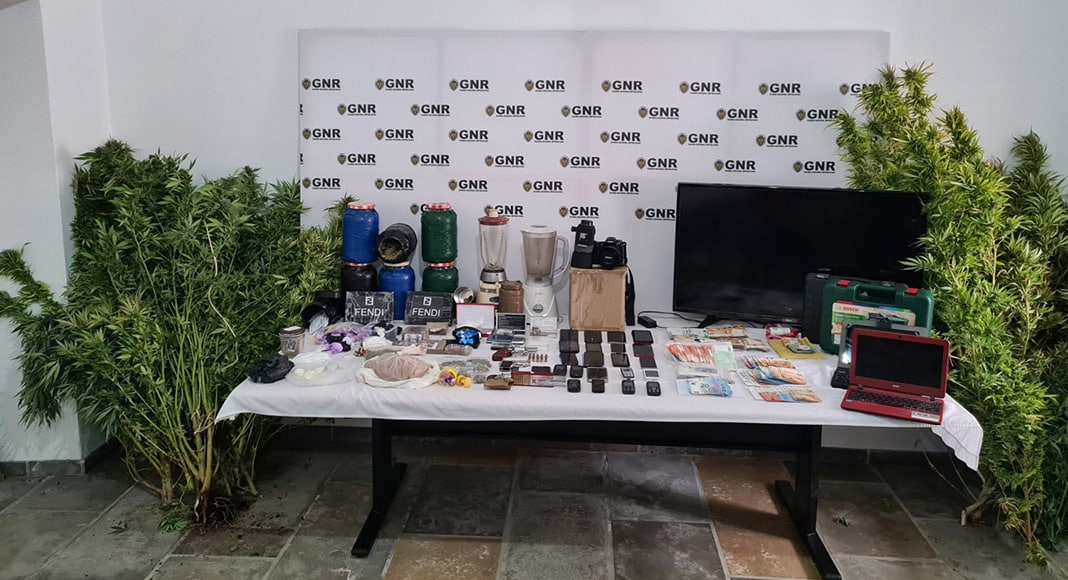 GNR police have dismantled a major drug trafficking network in the Algarve, which led to the arrest of 19 people and the confiscation of over 24,000 individual doses of drugs – including heroin, cocaine and hashish.

Speaking to national tabloid Correio da Manhã, the head of the GNR operation Carlos Bengala said: “It is one of the biggest (drug) busts in recent years”.

Says CM, the scheme was reportedly led by two Brits.

It involved delivering the drugs to “hotels, houses and holiday homes with the assistance of employees and owners of night-life establishments who would sell them to their clients in exchange for a commission fee,” according to the police force.

The drug ring, which was under investigation for nearly two years, was most active in Albufeira but also extended to Portimão, Silves, Lagoa, Loulé, Olhão and Tavira.

Led by GNR’s territorial command in Faro, the operation also involved agents from GNR’s criminal investigation board (DIC) as well as the commands of Lisbon, Setúbal, Portalegre, Évora and Beja.

Nineteen people – including 15 men and four women, aged 22 to 65 – were arrested and are facing criminal charges for drug trafficking and “criminal association”.