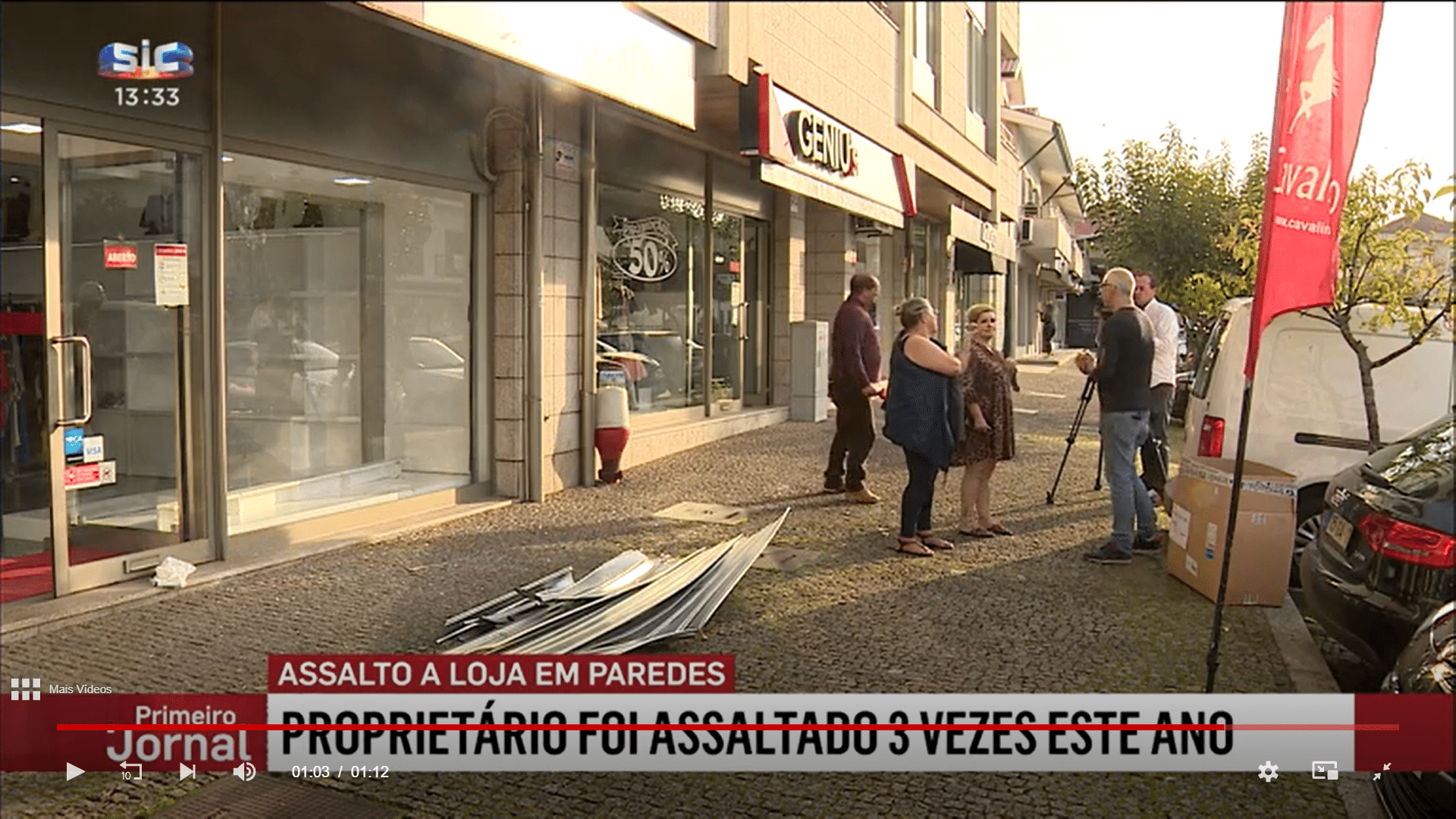 A nightmare raid has seen a shop specialising in the quality Cavalinho outlet brand cleaned out for a third time this year.

It isn’t the fact that the shop in Rebordosa, Paredes, has been raided so many times, but the way in which this last attack took place.

It began around 3am on Monday when a stolen jeep carrying two men in hoodies drove up onto the pavement and straight into the shop window.

With everything registered on CCTV cameras, the men leapt out, grabbed as much as they could by way of ‘luxury items’ (including bags and shoes) and then disappeared before police could arrive.

Two hours later, after police had come and gone – and the owner was still on the premises surrounded by devastation – the jeep returned. It once again mounted the pavement, and this time drove straight for the owner who told reporters afterwards: “If I hadn’t got out of the way, they would have killed me…”

It doesn’t appear that the men tried to steal anything ‘second time round’ – but on the same day other another shop in Aveiro selling the same Cavalinho branded items was targeted.

Correio da Manhã explains that in the past 10 months, there have been 20 such break-ins, always on retail outlets selling the Cavalinho brand.

This latest appears to have stolen around €30,000 worth of merchandise.

Authorities are working on the theory that the raids are the work of a group “made up of subgroups which are attacking throughout the area of the north”, says the paper.