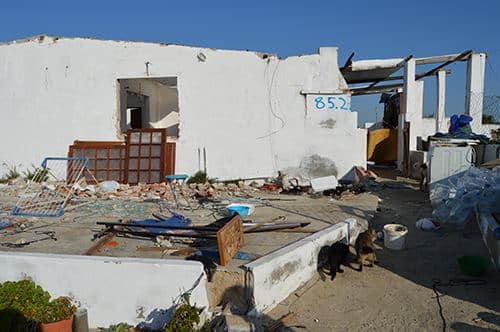 David Franks is an accomplished and experienced practitioner in both UK and overseas taxation. He lectures widely on taxation issues, in particular in relation to investment planning. David holds the Investment Management Certificate and is the Chief Executive and Finance Director of the Blevins Franks Group

We finally have some more information on the new UK statutory residence test, following the consultation period which ended last September. The test is due to start on April 6, 2013 and will determine whether or not an individual is liable for UK income and capital gains tax, wherever they arise.

The test remains the same in principle, though there have been some small changes to the original proposals. The Treasury has released draft legislation that builds on the responses received, alongside a summary of the responses and proposed changes. It remains committed to the original structure and believes the test is “a fair way of determining residence status”.

Getting it wrong could be costly, so for peace of mind you should check your status with an international advisory firm like Blevins Franks.

The responses suggested that the look-back be lessened to two years. However, the government stuck with the three years since residence should have an “adhesive nature”.

The test breaks down into three parts.

Part A lays out a conclusive position whereby an individual will always be non-UK resident:

1) You are a leaver and spend fewer than 16 days in the UK in any UK tax year – an improvement on the previous 10 days, or

2) You are an arriver and spend fewer than 46 days in the UK in the current year (previously 45), or

3) You left the UK to carry out full time work abroad and spend less than 90 days a year in the UK and no more than 20 working days working. There are detailed rules for those working abroad.

Part B lists the circumstances under which you would always be considered UK tax resident:

3) You are working full time in the UK, covering a continuous period of nine months (this may be increased to 12) and 75% or more of your duties are carried out there.

If neither test is conclusive, Part C will determine whether or not you are UK resident for tax purposes.  The test outlines five connecting factors which are combined with day counting into a “scale” to determine your residence status.

There have been no significant changes to the connecting factors or number of days (other than the 10 to 16 days mentioned above), but, for leavers, the number of days in the UK have increased by one day.

1) Family in the UK – spouse/civil partner and/or minor children.

2) Available accommodation in the UK.

3) Substantive employment in the UK (40 or

5) More time spent in the UK in the tax year than any other single country.

Most responses to the consultation thought that having family and accommodation as two separate factors was unfair but the government did not change it, though it did relax the accommodation rules a little.

Each factor is subject to its own specific criteria and can be complex, so you should take professional advice from a specialist firm. The scales are now as shown on the table.

The number of days is per UK tax year (April 6 to April 5) and a day is only counted when you spend a midnight in the UK.

The government believes that the draft legislation is close to being the final version. Another consultation period on the new proposals is now running until mid-September 2012. The legislation is then expected to be included in the 2013 Finance Bill and come into effect on April 6 2013.

There will be a tool available on the Revenue website. However, it is important to note that the consultation states that this tool will not be binding, and so it will not be a substitute for professional personalised advice.

The latest Treasury document includes some clarifications on terms and a couple of new proposals such as cracking down on people who are obviously avoiding midnights in the UK, exceptional circumstances and split year treatment. I will look at these in a later article.

While the statutory residence test will provide much more certainty for expatriates and is a very welcome improvement on the current situation, the fine detail in the legislation could trip many people up, so for peace of mind you should take advice from an international tax and wealth management firm like Blevins Franks.

The tax rates, scope and reliefs may change. Any statements concerning taxation are based upon our understanding of current taxation laws and practices which are subject to change. Tax information has been summarised; an individual must take personalised advice.

To keep in touch with the latest developments in the offshore world, check out the latest news on our website www.blevinsfranks.com