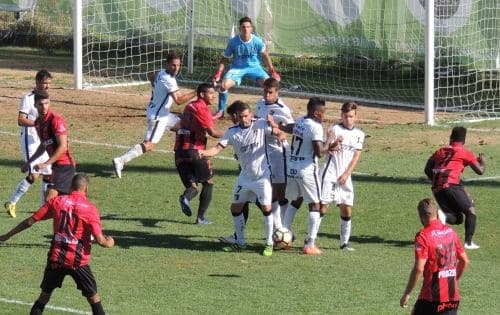 An Iberian Lynx cub born on March 24 at the Iberian Lynx National Reproduction Centre in Silves is healthy and doing well.

A spokesman from the Institute for Nature Conservation and Biodiversity (ICNB) told the Algarve Resident: “The cub is fine, feeding well and behaving normally for a newborn.”

Staff at the Silves centre, which opened in May 2009, do not know yet if it’s a male or a female cub as “it is not recommended to get close to the cub soon after birth”.

The centre lost four cubs in March, after losing two in 2010, but staff expect the newborn to survive.

“The Iberian Lynx National Reproduction Centre in Silves has 20 lynxes at the moment, 16 adults, the newborn cub and three young lynxes. All of them are temporary residents and will be transferred to the new breeding centre in Zarza de Granadilla (Cáceres), Extremadura, Spain,” said the ICNB spokesman.

Meanwhile, during the 2011 reproduction season, the five Spanish centres of the Iberian network have already recorded 36 newborns, 24 of whom survived.

Iñigo Sánchez, coordinator of the Spanish programme, told Spanish newspaper El País: “There are still three pregnant females, so the account of newborns is not closed yet.”

The ICNB spokesman added: “Each new birth is a sign of hope for the Iberian Lynx species, whose population 20 years ago was 10 times bigger than it is today. In the 1990s, there was 1,000 to 1,200 lynxes in the Iberian Peninsula.”

Nowadays the population of lynxes is very low, putting the species on the brink of extinction.

The probability of reproduction outside the breeding centres is minimal and there are only two natural populations, at the Spanish National Parks of Doñana and at Andújar-Cardena, with 35 and 110 lynxes respectively.

For more information about the Iberian Lynx, please visit http://linceiberico.icnb.pt (only available in Portuguese).
1″>news