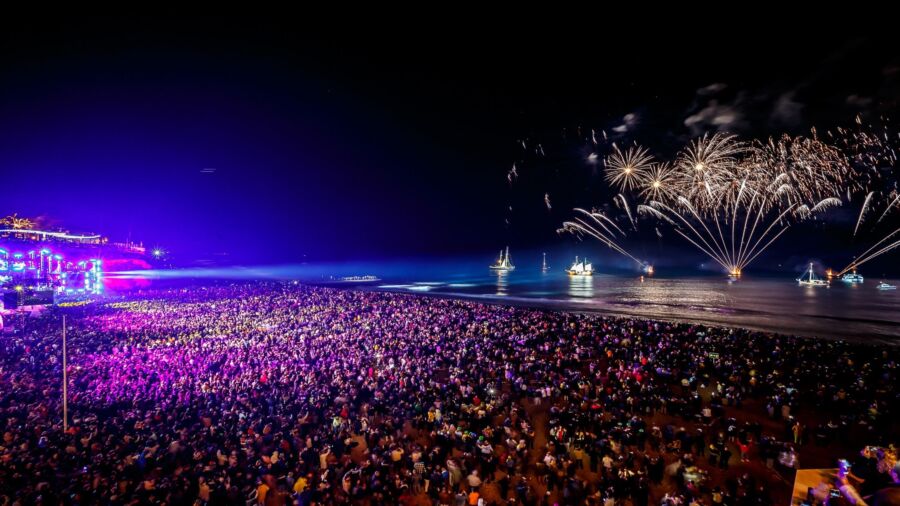 Albufeira, one of Portugal’s top destinations to spend New Year’s Eve, has announced a three-day entertainment programme to celebrate the occasion.

Aside from the usual live music and Paderne’s medieval fair, there will be a major novelty this year in the form a choreographed skydiving pyrotechnic show to welcome 2023 with a bang.

The announcement was made by Albufeira Mayor José Carlos Rolo during the official unveiling of the town’s New Year’s programme, held on Friday morning at Cais Herculano with the famous Praia dos Pescadores – where the town’s New Year’s Eve festivities are typically held –  in the background.

The entertainment programme will kick off with Paderne Medieval, a medieval fair held every year which sees the town go back in time to the Middle Ages. Due to be held between December 29 and January 1, the event will feature stalls selling all kinds of items, street entertainment, concerts, historical recreations, and “typically Medieval food.” 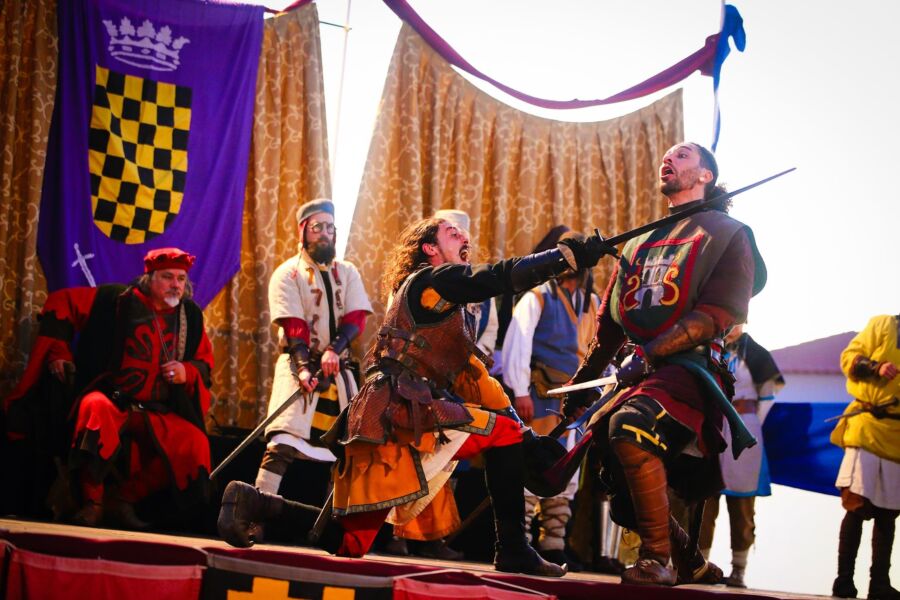 But the real highlight of the programme is Albufeira’s New Year’s Eve party, held every year at Praia dos Pescadores.

‘Albufeira Carpe Nox 2023’ (as it is being called) will feature a performance by the so-called ‘Father of Portuguese Rock’ Rui Veloso, who will take the stage alongside Tatanka, vocalist of popular Portuguese band The Black Mamba (which represented Portugal at the 2021 Eurovision Song Contest).

Also on the agenda is a skydiving choreography with pyrotechnics, which the council says will be the first of its kind in Europe.

“We were two years without being able to take advantage of one of our biggest touristic calling cards due to the pandemic,” said Rolo, adding that this year’s programme aims to get Albufeira back on the “national and international map” when it comes to New Year’s destinations.

“When you reach a certain level of quality and attractiveness, it can be hard to maintain it, but surely that is what will happen,” added the mayor.

The mayor also called on local entrepreneurs to make sure they keep their businesses open on New Year’s Eve, “so that the town will be a symbol of a friendly welcome.”