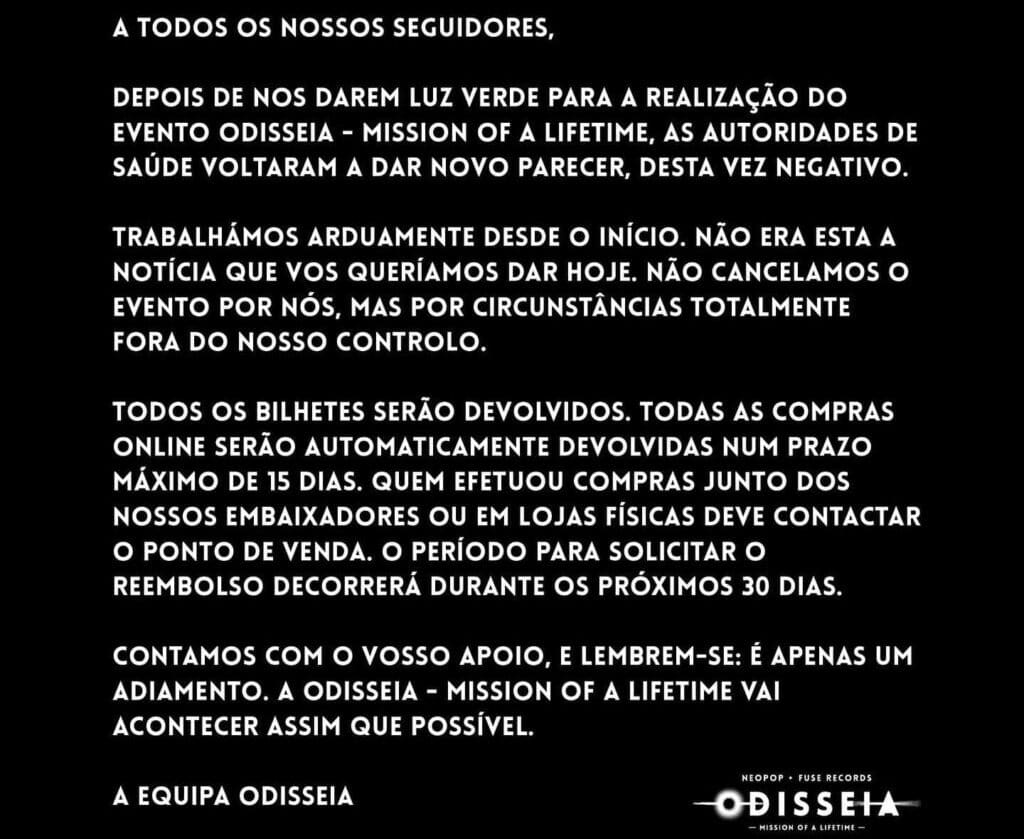 The tide may well be turning in terms of how Portugal handles Omicron and Covid-19, but it is turning at a snail’s pace – much too slowly for some.

Expresso, for example, describes the number of New Year parties and events ‘authorised by the government’ which have suddenly found themselves scuppered by a DGS (health authority) veto.

The event was planned for over a thousand people (under strict Covid-safe conditions). It was given the greenlight by the government, but when organisers sought specific licences (required for any public event), the DGS came back with a flat ‘no’.

What it boils down to is that the government appears to have wanted to seem ‘open to allowing people to work/ earn their living in hospitality’, possibly knowing full well this would be stopped by another authority further down the line.

Says Álvaro Covões, president of APEFE, the association of show, festival and events promoters, it would have been much easier for all concerned if the government had come clean from the start.

Its stance was “pure illusionism”, he claims. Expedient illusionism at that. Because in having been authorised, there is no chance of ‘support’ if the event, for any reason, cannot go ahead.

“The rules allow us to work, but in truth we cannot work… While other activities were administratively closed, there was more subtlety in our case. The prime minister said we were not prohibited, but the health authority ended up saying we were…”

And so it looks likely for all similar events planned over New Year, from Lisbon to Porto (including a New Year concert promoted by the GNR). All were ‘authorised by the government’, planned to the enth degree in terms of precautions but are finding themselves thwarted at the final hurdle.

Now, it’s a question of who will pay for the ‘considerable damages’?

Alfredo Covões says the promoter of the FIL event has already contacted the DGS to find out how to address losses “but has had no reply”.

“It is absolutely incredible the way they are treating companies putting on shows”, he told Expresso. And there appears to be no form of ‘fairness’: restaurants for example can operate for New Year, but discotheques/ bars and events cannot. All involve ‘agglomerations of people’. Does the virus simply choose to circulate in the latter?

“Total amateurism”: this is the description Alfredo Covões uses for the way the government and DGS have approached rule-making at this crucial time of year.

Support up till now has been “a crumb, not proportionate to the problems we’re facing”, he added.

Indeed, the entire private events sector “is dying” due to pandemic restrictions: statistics from INE recently attested to an 85.1% drop in spectators at live shows in 2020.

The pandemic has created “an unprecedented tragedy” in the sector, says Covões, yet all those within in see is “inconsistency in the rules” and a complete lack of leadership from the Ministry of Culture.

“We don’t have a ministry”, he suggested – which 30 days from legislative elections is not a good appraisal of any government gunning to be returned with an ‘absolute majority’.