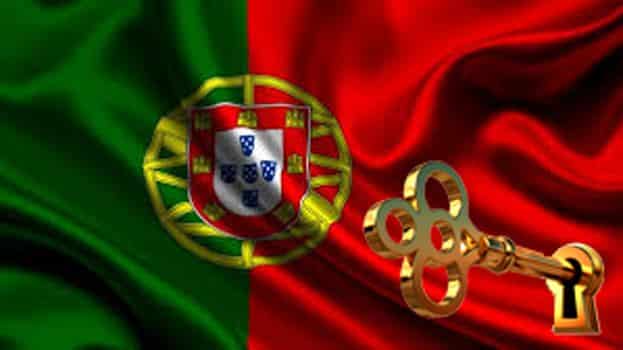 Portugal’s new prime minister António Costa – universally recognised now as something of a political Houdini – has given his thoughts for 2016 to national paper Diário de Notícias, reiterating his election pledges to “turn the page on austerity” and promote “growth, employment and greater equality”.

As Costa spoke of his hopes and plans for DN’s first edition for the new year, Cavaco Silva, Portugal’s outgoing president of the last 10 years, was talking in his final televised address about “times of uncertainty” and the need to defend the “political, economic and social model” that has “brought us peace over the years”.

But between all the rhetoric – and considering it is common knowledge that Cavaco is not a fan of the Left or the exceptional alliance with radical parties that has brought the Socialists to power – there were issues that united both speeches.

In Cavaco’s own words: “We need to renew the contract of trust among Portuguese…. It is fundamental that inequality and situations of poverty and social exclusion which affect a large number of citizens are overcome”.

And he particularly mentioned: “elderly people in need, the unemployed, those in precarious employment and qualified young people who cannot find the recognition they deserve in this country”.

Thus, in the final analysis, it would seem that Costa could be turning a very necessary page. It is simply a question of whether he will get there.

Certainly from Monday, the first effects of the Socialist’s determination to do away with the agony of austerity will start to hit home – despite the habitual price rises that are in the pipeline affecting staples like bread, milk, etc.

As Costa explains in the article he submitted to DN: “In the year that now begins, Portuguese families will see their lives improve, breaking the cycle of impoverishment of recent years. This improvement is a reality of fiscal relief for families, with the suppression or reduction of IRS (income tax) surcharges from January… a measure that will benefit more than 1.6 million families, and its elimination altogether from next year.

“With this same objective, more than 200 million pensions have already been brought up to date, and public sector workers will see the cuts to their pay cheques totally eliminated over 2016, reinstating 40% of this reduction from this month”.

Another electoral pledge already achieved has been the raising of Portugal’s minimum wage in the private sector as well to €530.

“This covers more than 650,000 workers”, explains Costa, and is simply the “first stop in the progressive increase of the national minimum wage throughout this legislature to €600 per month”.

“After four years in which the idea that austerity was the only solution dominated, this government and the new parliamentary majority are proving that it is possible to govern in a different way”, he continues. “It is proving that it is through dialogue, agreements and transparency that we will reach a common platform which responds to the tough challenges that face our country”.

Changes already pushed through parliament – in the 20 days that the new government has had to act – include relief for those on RSI benefit for 440,000, and the reintroduction of child benefit for families on the lowest wages “benefitting more than 1,000,000 children”.

And dispensing with any hand-wringing over the “uncertain times ahead” mentioned by Cavaco, Costa affirms 2016, and the State Budget “which we will be presenting in the next few weeks”, will “demonstrate that it is possible to reverse impoverishment, comply with the Portuguese Constitution and guarantee balanced public accounts”.

In the new PM’s words, the year ahead is a “time of urgency to relaunch the Portuguese economy and recuperate the social fractures of austerity and fight poverty”, while at the same time “reinforcing citizenship, modernising the economy and the State and developing the country” culturally, scientifically and through education.

“These are the key factors in which we have to invest to affirm a society of knowledge, to take up the path of progress and equality and to prepare our country for the challenges of the 21st century”.

Whatever Costa’s critics like to say, the wily party leader of Goan ancestry is making sure he gets all the sound-bytes possible as the country basks in some welcome rays of unforecasted sunshine.