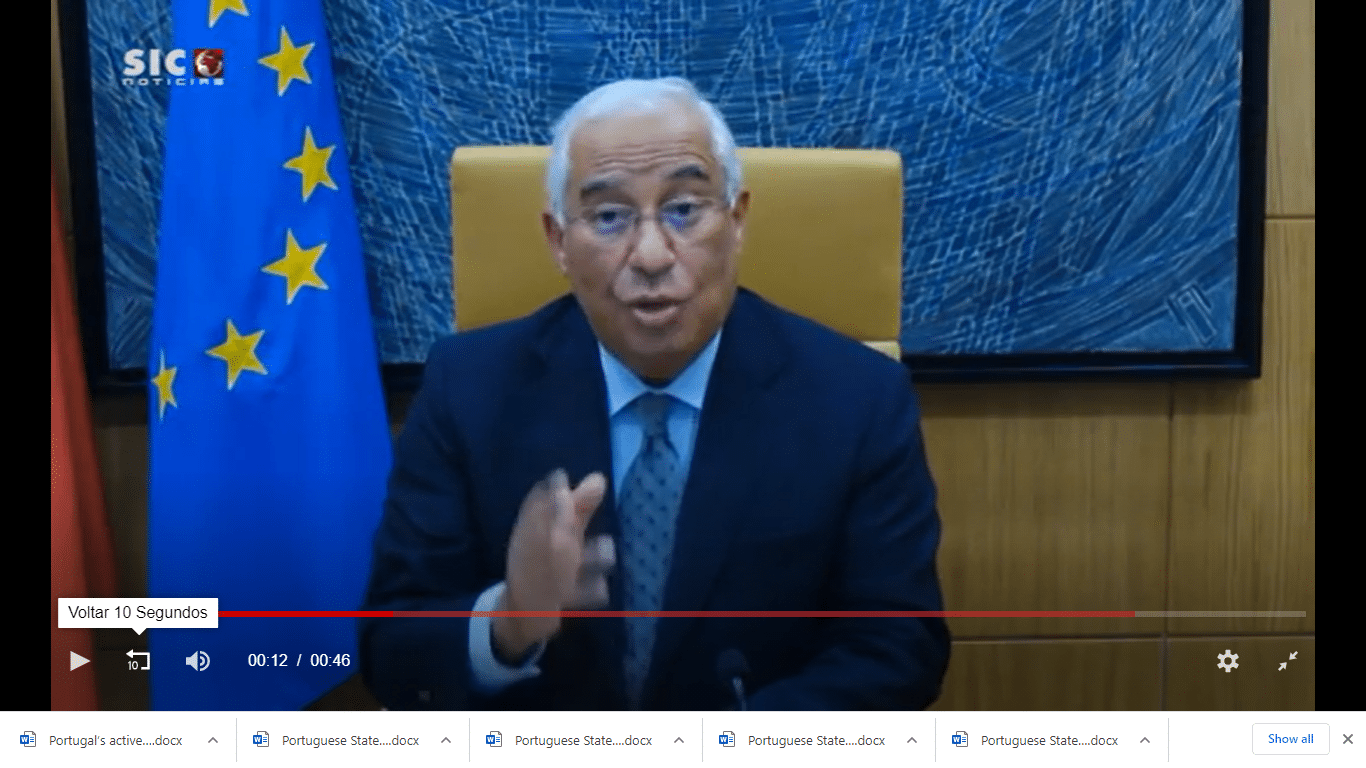 New Year celebrations in Portugal have been cancelled.

Making the announcement via videolink last night (as he himself is in prophylactic isolation click here) prime minister António Costa said: “Contrary to what we announced two weeks ago, we have to totally exclude New Year celebrations”.

The decision, taken during the Council of Ministers, has been to ‘sacrifice’ New Year in favour of maintaining the ‘release’ of the country during the Christmas period (click here).

In other words, the plan to allow free mobility during the days of 23-26 inclusive remains, but New Year’s Eve will simply be ‘a normal day of the pandemic’ with all citizens bound by the 11pm curfew that has been in place since a State of Emergency was declared for the second time at the beginning of November.

January 1, 2 and 3 actually sees the government expecting every citizen to remain at home after 1pm. Pharmacies and supermarkets however will remain open. People with dogs will be allowed to exercise them.

Exactly what hotels can do remains something of a mystery – and potentially a massive dilemma for hotels with events planned. Further guidance is expected later today (Friday).

The shock announcement – coming a day before the government had said it would be announcing any changes to festive measures – means restaurants will have to revise schedules. Their permitted hours of function now have been throttled back to a 10.30pm limit on December 31, and closures on January 1, 2 and 3 at 1pm.

The rules have been devised to “reduce the multiplication of contacts over the New Year period”, explain reports, “limiting the increased risks of new infections that could result from celebrating Christmas”.

Warnings over the care needed during the Christmas period were reinforced by the prime minister who stressed the situation in Portugal “is not at the desired point”, despite all the restrictions in place, and that families should spend as little time as possible ‘round the Christmas table’ and wear masks as much as possible. “We have to be conscious that each one of us represents a risk”, he said.

Yesterday also saw parliament ‘renew’ the State of Emergency (as planned) to January 7, in spite of minority parties continuing to speak out against it. The vote, as before, was carried by the PS Socialists and PSD.