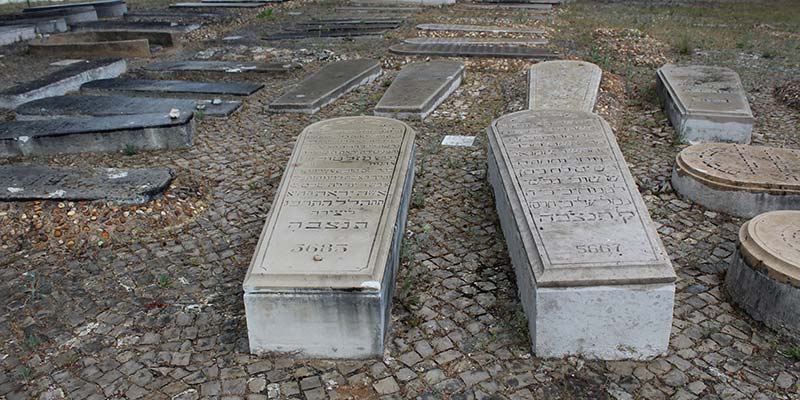 A new website has been launched to promote Faro’s Jewish Tour, which provides a rare glimpse of the town’s Jewish history.

This tour spans several centuries, dating back to the 15th century and up to the death of José Bento Ruah in 1969, one of the last members of the town’s Jewish community.

There are 14 stops on the tour, which is divided into two parts – the first focusing on the years before the start of the 15th century and the second exploring the period after the Inquisition.

Tours can be booked through the new website, which is available in Portuguese and English.

“The most popular months for tours are April, May, June and September,” tour guide Ana Teresa Rodrigues told Barlavento newspaper, adding that prices vary depending on the number of people in the group.

And while the tours are most popular among “families, groups of Jewish people and many Portuguese, anyone interested in this culture can and should take part”.

Rodrigues has been a tour guide for 10 years after earning a degree in Archaeology and History. In 2014, she started the Faro Jewish Tour as there wasn’t anything “tangible about Hebrew culture” in the city, which Rodrigues felt was an “incomprehensible gap” considering that the first book to be printed in Portugal was the Torah in the workshop of Samuel Gacon, a Jewish local in Faro in 1487.

The only noteworthy testament to the town’s Jewish history was the Jewish cemetery near the São Luís stadium.

One of the tour’s stops is Rua Ivens where José Ruah, the “last member of Faro’s Israeli community”, owned a café. He worked at the local tax office, sold antiques and worked as an insurance agent. Next door to the café, twin brothers Samuel and Joel Sequerra were born but eventually moved to Barcelona where they helped over 1,000 refugees escape the “horrors of the Holocaust” during the Second World War.

Rua Manuel Belmarço was also home to one of the old synagogues of Faro as well as ‘Casa dos Pobres’, which cared for financially-struggling Jews. Club Farense is another stop as it was founded in 1863 by members of the local Jewish community.

Says Rodrigues, these are just a few of many interesting facts and stories that can be discovered during the tour.

For more information about the tour or for bookings, visit the new website which was launched on March 25.