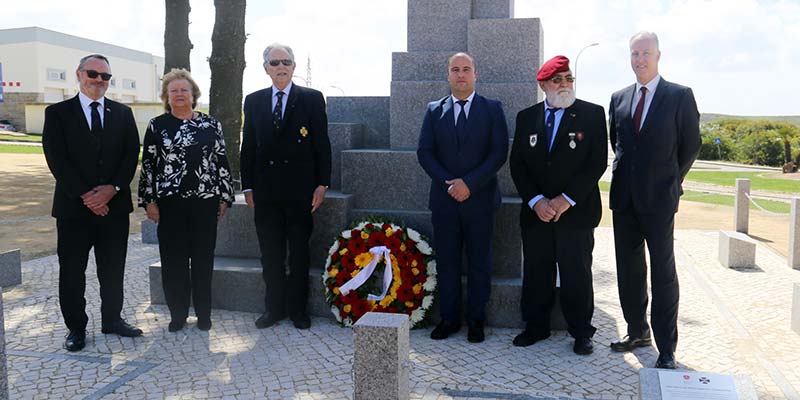 Vila do Bispo council has inaugurated a new monument that pays tribute to local soldiers who were killed during the First World War and the Portuguese Colonial War as well as the 10 Royal Air Force aviators (nine British and one Australian) who were killed over Praia do Tonel in Sagres when their plane exploded during the Second World War.

The monument, located in the town’s Jardim da Fonte, also honours local soldiers who served in Guinea, Angola, Mozambique during the Colonial War (1961-1974) as well as the former Portuguese colonies in India.

The ceremony included the unveiling of a commemorative plaque, the laying of a wreath and the blessing of the monument by Father José Chula.