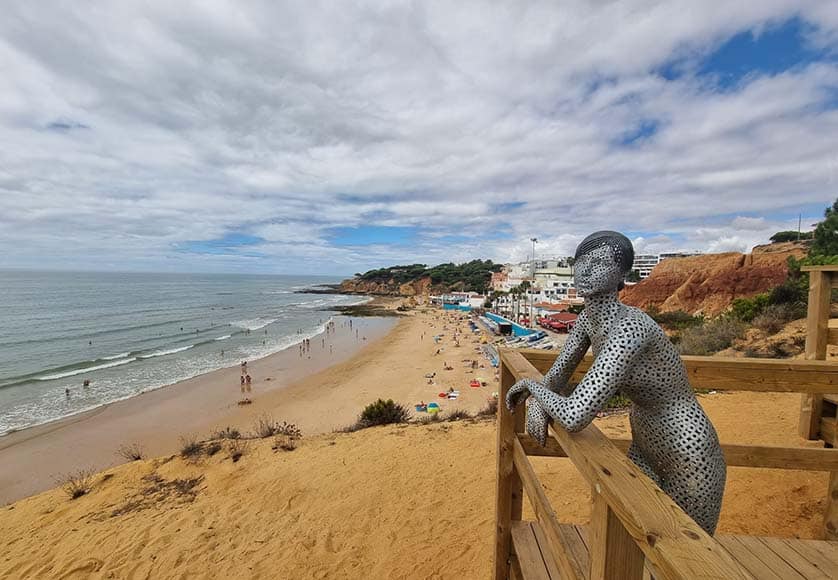 A new viewpoint overlooking Olhos de Água beach in Albufeira – famous for its freshwater springs which can be seen bubbling through the sand during low tide– was due to be inaugurated on Wednesday at 6pm, after the Resident went to press.

The inauguration ceremony was due to be attended by the president of the parish council of Albufeira and Olhos de Água, Indaleta Cabrita.

Said the parish council in a statement to the press, the hour was chosen precisely so that the event would take place during low tide when the springs are visible.

The viewpoint – designed by Carlos de Oliveira Correia, a sculptor known for several works in Albufeira and across the Algarve – is divided into two separate decks. 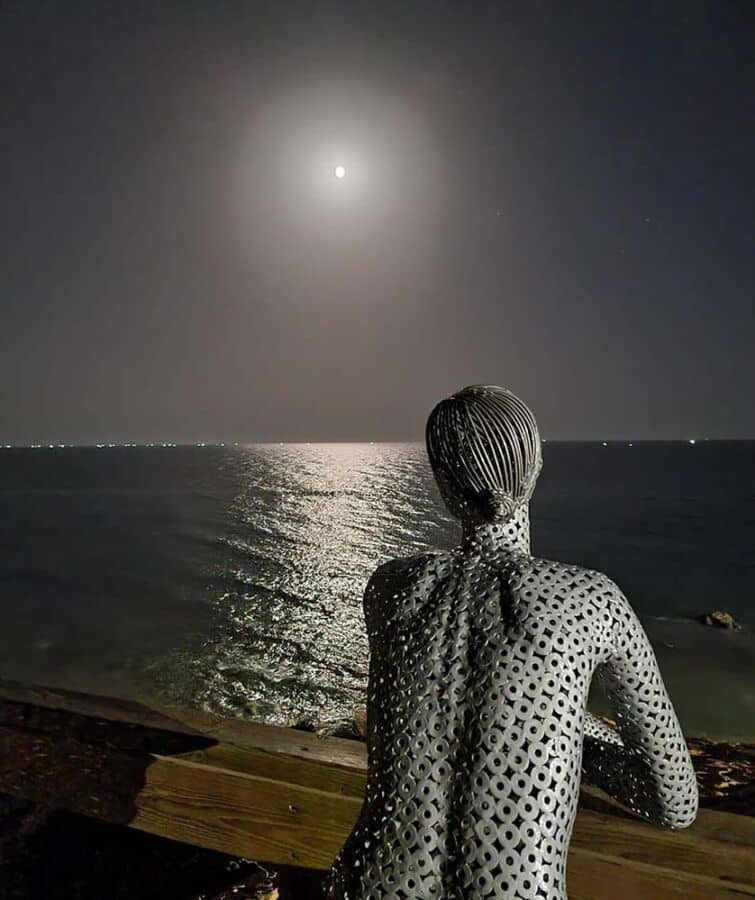 One features a sculpture depicting a human form leaning on the wood railing, overlooking the beach and gazing at the spots where the freshwater springs can be found. The second deck features a map made from iron which shows every municipality in the Algarve, highlighting the parish of Albufeira and Olhos de Água. Says the parish council, it is located near the border which separates the western (Barlavento) and eastern (Sotavento) Algarve.

Olhos de Água (Eyes of Water) is named precisely after the freshwater springs that the beach is known for.

The beach’s limestone cliffs are another hallmark of Olhos d’Água, according to the Algarve’s promotional website www.visitalgarve.pt

“This is the first rocky beach in the transition from the sandy eastern Algarve to the rocky western Algarve,” the website stresses, adding that the beach allows visitors to also “observe intertidal marine species such as limpets, whelks, barnacles, small gobies, anemones and colourful seaweed.”