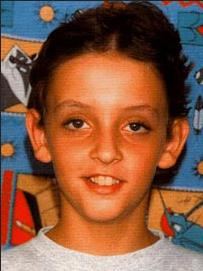 Madeleine McCann has been missing for 309 days and a new testimony with information about the days that followed her disappearance has recently been revealed by holidaymakers who were in Praia da Luz in May 2007.

According to British daily newspapers, a British couple, whose identity was not revealed, and who were holidaying in the Algarve at the time Madeleine went missing, said they saw a man in a jet sky carrying a suspicious bundle on a beach near Praia da Luz the morning after she vanished.

The report adds that the man left Salema beach and headed to a “small grey military-style boat with funnels about 400 yards out”. The sighting was reported to the PJ investigators at the time, but the couple says they were never contacted.

However, unofficial sources from the PJ, quoted in Portuguese daily newspapers, replied by saying “the police followed all the credible tip-offs received”.

A recent study published by the daily newspaper Correio da Manhã has revealed that the opinion of the Portuguese about the Madeleine case has changed since May. The survey, carried out by a company named Aximage, focuses on the PJ’s performance and also on Madeleine’s parents’ responsibility over her disappearance.

The study concluded that in February 2008, 60.4 per cent of those questioned believed the PJ has had a “good” performance, against the 90.3 per cent registered in May last year.

Over the parents’ responsibility in Madeleine’s disappearance, the figures have also changed, although less significantly. In May, 39.9 per cent believed they were involved in her disappearance, and by last month 38.6 per cent still believed in that theory.

Meanwhile, the investigation into the case of missing Rui Pedro, a Portuguese boy who was abducted in 1998 in Lousada, in the north of Portugal, will remain protected by the secrecy of justice law, following a request from the family’s lawyer.

Ten years after Rui Pedro’s disappearance, who is now 21 years-old, police are following a new line of investigation which was not previously considered.