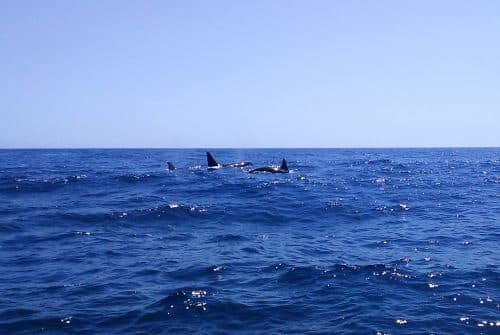 Businesses in the Algarve need to work together to boost the profile of the region as a tourist destination if they are to avoid slipping deeper into crisis.

This is a harsh warning which is being issued by the president of the Algarve hotels and tourist resorts association (AHETA), Elidérico Viegas, who predicts that increased unemployment levels and adverse economic conditions would be just some of the consequences of a lack of regional cooperation.

A study made by AHETA shows that if tourism authorities do not adopt new strategies for the promotion of the Algarve in the country and abroad, the results will be worse in 2011.

The annual study, which compared results from 2009 to 2010, showed “worrying levels”.

Elidérico Viegas told the Algarve Resident: “The consequences of the economic crisis reached worrying levels for the business outlook in terms of occupancy rates, revenue, and mainly in the economic results achieved by tourism-related businesses.

“Our leading tourist market, the United Kingdom, is affected not only by the global crisis but also by its own internal crisis, reflected in the high depreciation of the Pound compared to the Euro,” he said.

The AHETA study also shows that holiday packages to destinations such as Turkey, Egypt, Tunisia, and the Caribbean, which were previously too expensive, have become much more attractive for the British, German and Dutch markets. “The shift of tourism flow volumes from the central and northern Europe to the Maghreb countries is a natural consequence of changes in the tourism industry.”

He added: “The Algarve, during the low season, has seen occupation rates decrease at an alarming rate, which has resulted in the closure of a number of hotels and other tourism businesses. Unemployment has risen to levels never recorded before.”

The study, which is used to help create tourism strategies, revealed that the decreases recorded in 2010 were not so significant when compared to the previous year. However, a worrying trend can be detected as the lack of growth shows a stagnation of the region’s levels of tourism competitiveness.

Meanwhile, with the cloud of poor tourism results comes a silver lining with 2010 registering an increase on domestic and Spanish demand, which contributed to soften the negative effects resulting from the large reduction in demand from major tourist markets.

However, industry experts are looking at ways to reverse the current negative trend in the Algarve. But austerity measures imposed by the Government this year, which includes serious budget constraints in all sectors, are not helping the recovery of tourism.

Elidérico Viegas predicts further declines in occupancy rates and on the turnover of tourism related businesses due to these measures.

He added: “Tourism is the main economic activity in the region and perhaps the most important of our country. The financial and economic crisis has worsened the situation in the region and the overriding priority for the Algarve should be the support of tourism activities and entities by the Government for the strengthening of the economy in the region.

“The Algarve has to progress according to the standards of sustainable tourism, which means matching quality with quantity, and the economy with the preservation of the environment, cultural heritage and history.”

The AHETA study concludes that to have a balanced tourism product in the future, tourism businesses must calculate the tourist capacity in terms of occupancy in all Algarve municipalities, and from here manage the tourism flows and disperse visitors across the region for the optimisation of resources and infrastructures available.

“It is time that the tourism sector establishes partnerships between all the industry authorities (hoteliers, transport operators, tour operators, travel agencies, and so on), in order to maximise the resources for promoting tourism in the country, and especially the Algarve,” concluded Elidérico Viegas.