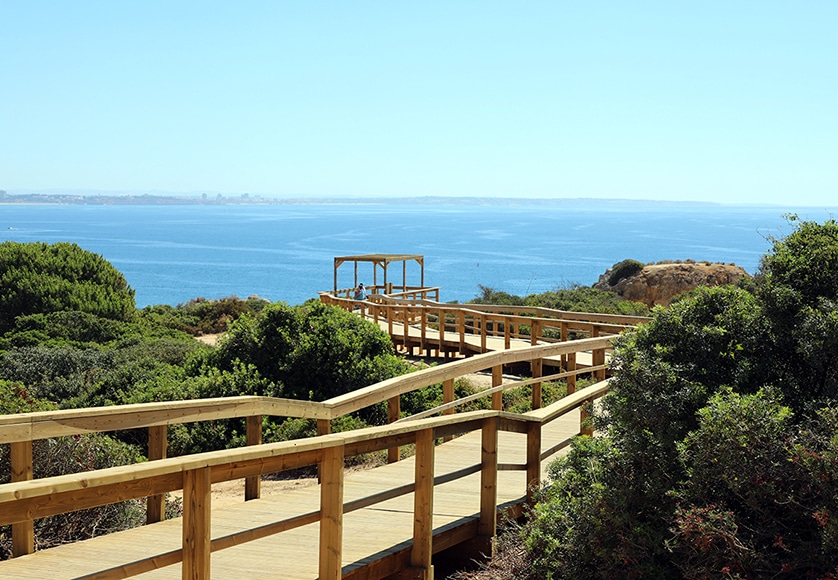 Expanded boardwalks and rearranged roads and parking among main changes

Lagos Council has announced the approval and the opening of a tender for a new stage of renovations at Ponta da Piedade, one of the borough’s most iconic beauty spots.

Works will involve rearranging the area’s roads and parking, landscaping, installing public lighting and expanding the boardwalk network between Praia D. Ana and Praia do Pinhão, as well as around the Ponta da Piedade lighthouse.

Also planned is the renovation of the stairway that leads to the Ponta da Piedade boarding area for boat trips, and the construction of a wooden staircase to access Praia do Pinhão.

Big changes are in store for drivers, as the final stretch of the Ponta da Piedade road will only be open to vehicles serving the lighthouse or emergency services.

The existing car park will be removed, while two new parking areas will be created.

The first will boast 56 spaces and be located along the left side of the Praia do Camilo crossing, turning the current access route to the beach into a new road leading up to a new viewpoint.

The second will be built on the right side and will be able to accommodate 150 cars and 10 buses.

Meanwhile, the road will be reshaped with two lanes, a bicycle path, and a side pavement for pedestrians, which in some stretches will be shared.

The first stage of renovations at Ponta da Piedade was completed in 2018. According to the council, the improvements such as the construction of boardwalks have led to “significant demand” from residents and visitors.