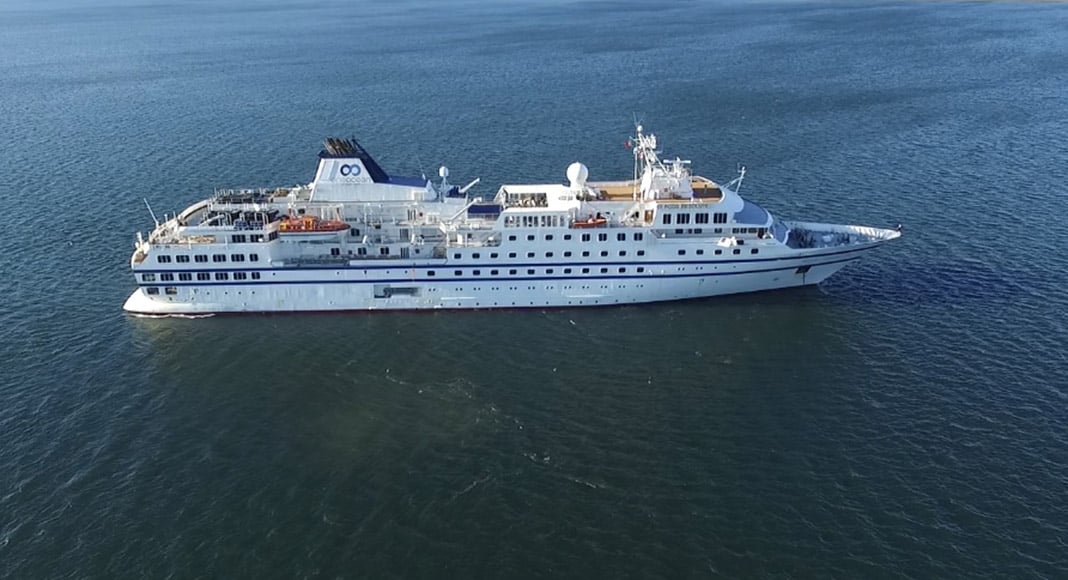 Nicolás Maduro, president of Venezuela, has accused a Portuguese cruiseship of an act of terrorism and piracy.

This new diplomatic rift follows the sinking of a Venezuelan coast guard boat on Monday.

According to reports from the Venezuelan ministry of defence, the 184-metre long RCGS Resolute crashed into the patrol boat with 44 men onboard just north of La Tortuga islands. The impact came within Venezuelan territorial waters, and the Resolute then ‘fled’ – something the ministry has dubbed ‘cowardly and criminal’.

Speaking from the presidential palace in Caracas in the context of a Council of State to debate solutions to the Covid-19 pandemic, president Maduro elaborated on the debacle, describing it as if a “giant boxer of 100 kgs” had grabbed “a boxer boy” and hit him.

It was a clear “act of terrorism and piracy”, stressed the president, suggesting that if the naval boat “had been a tourist boat, (the Resolute) would not have had this attitude of wanting to attack”.

Portuguese diplomatic channels have sought to calm the storm by saying there are ‘conflicting reports’ on this story – particularly when it comes to the issue of where the collision actually took place.

Was it in Venezuelan territorial waters, as Venezuela is saying, or in international waters (which is what the crew of the Resolute are claiming).

For now, the Resolute is ‘well out of the way’ in the port of Willemstad on the Dutch-controlled Caribbean island of Curaçao.

Maduro is insisting on a ‘thorough investigation’ while the crew of the Resolute is keeping quiet.

Meantime, some further light on the situation has been shed by a fleet tracking website by the name of Fleetmon.

Even if the captain of the Resolute ends up being ‘found guilty in Curação or anywhere else’ he will have saved the people he was responsible for “from a very bad possible outcome”, concludes the post.

Much more is coming out about this incident now (late Wednesday). It appears the Resolute’s account involves the Venezuelan boat approaching them, in international waters, shooting off rounds of ammunition in the air and “trying to push the Portuguese boat into Venezuelan waters”.

“Before approaching, the Venezuelan authorities questioned the crew of the Resolute on what the boat was doing in that location, in international waters but very close to Venezuelan territorial waters. The Resolute responded that it was undergoing an operation of maintenance on the engines and expected to return to navigation towards Curação within a period of six hours”, writes Expresso.

The paper has learnt that the Resolute crew is entirely made up of Ukrainians.

The boat, although registered in Madeira and flying a Portuguese flag, is the property of a German cruise company. It was being operated by a Canadian concern, One Ocean Expeditions, for commercial trips to the Antarctic but had been “idle in Panama for some months due to financial problems of One Ocean Expeditions.”

Dnoticias has a slightly different version on which company is now running the Resolute, citing ‘Columbian Cruise Services’ which have given journalists even more information of what they allege was a Venezuelan act of aggression.

In its efforts to push the Resolute into Venezuelan waters, the naval boat apparently “continued ramming the starboard bow” to the point where it (the naval boat) suffered irreparable damage and started to take on water.

Said Dnoticias’ source, the bow of the Resolute is “reinforced” for journeys through ice.

The Resolute suffered a certain amount of damage to its bow, but nothing that affects navigability.