Portugal Resident
Home Portugal News New signs that Brits will be getting their summer holidays in the... 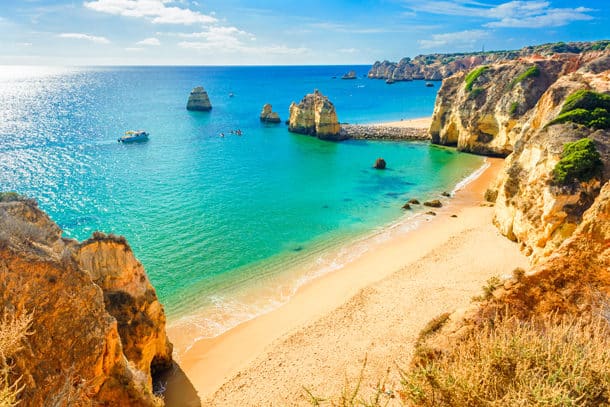 Every day new signs pop up to show Brits will almost certainly get the chance of summer holidays in the Algarve this year, without all the rigmarole of returning home to 14-days quarantine.

Yesterday, people’s tabloid Correio da Manhã carried a full page spread on how ‘air bridges could save the Algarve summer’, while travel and tourism website Press Tur claims Ryanair is “concentrating its operation this summer on Faro Airport”.

The two reports leave little doubt that the British government’s introduction of a two-week quarantine period across-the-board for travellers arriving in UK, irrespective of their nationalities, will have provisos.

The concept of ‘air bridges’ is one that will create specific ‘exceptions’ to the demand for quarantine with regard to ‘low risk countries’: of which Portugal – with its comparatively low death rate – most definitely is one.

Says CM this weekend (admittedly giving no evidence for the claim): “There are more than two million Britons and close to one million Germans who are full of desire to go on holiday this summer”.

The numbers “could save tourism in the Algarve”, explains the paper, with the solution in “the creation of so-called ‘air bridges’ which will allow tourists to return to their home countries without having to comply with the obligatory 14-days of quarantine”.

Germany is already actively investigating this possibility – with Portugal and Greece “at the top of the list of preferences of the German people for holidays”, the paper adds.

Hoteliers in the region are ready, (the sector’s ‘Best Practices Guide’ for operating during a pandemic already ‘sorted’ to give holidaymakers every confidence that they will be ‘safe’ as long as they follow recommendations).

Elidérico Viegas of hoteliers association AHETA confirms “the large majority” of Algarve hotels will be back up and running from the second week of June, while president of Turismo do Algarve João Fernandes believes Brits will start arriving in force from July.

Fernandes is actually hopeful that the tourist season this year will extend through to the last three-months of the year, as airlines increase schedules and travellers gain confidence.

July – as we learnt last week – is the moment Ryanair particularly is returning to business, and according to Press Tur, this business will be heavily focused on recovering routes in and out of the Algarve.

Schedules are to start ‘slowly’ (with only 37 weekly flights at the beginning of July, building up to 63 and finally reaching 73 by August 1), says Press Tur.

Porto and Lisbon will also get regular services while routes into the Azores are due to start on July 4.