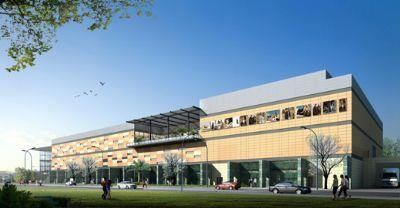 A new shopping centre, the Tavira Gran-Plaza, is due to open to the public today (Friday) after its official inauguration, which was due to take place yesterday (Thursday).

A spokesman for the Tavira Gran-Plaza told the Algarve Resident: “Around 95 per cent of the commercial spaces have been occupied and the remaining five per cent are almost taken.”

The spokesman added: “We are expecting the centre to be a great success and anticipate many visitors to come from Spain as well as across the Algarve.”

Stores at the centre include European clothing brand C&A, which will be offering a 20 per cent discount on all items today (Friday). A large Continente supermarket will also be open in the shopping centre, while other stores confirmed include Worten, Casa, Seaside and Sport Zone among many others.

There will also be a range of services including banks, opticians and mobile telephone operators located at the shopping centre.

Opening times for the Tavira Gran-Plaza will be from 10am until 11pm Monday to Thursday and Sundays and until midnight on Fridays and Saturdays.