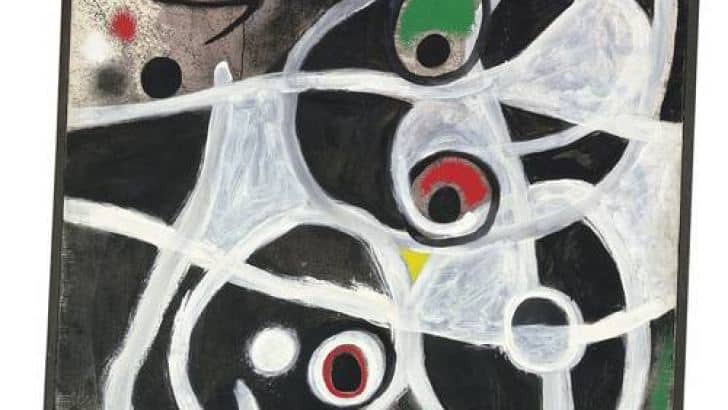 After the government’s catastrophic handling of an auction of 85 paintings by Spanish surrealist Joan Miró, news now is that the works have all gone mysteriously missing.
Originally purchased by disgraced BPN bank for over 82 million euros, the government is adamant that it wants to recoup BPN losses by selling at all costs – even though Christie’s auction house in London doubts it will get much more than 35 million euros for the cache.
Now former culture minister Gabriela Canavilhas has gone on record saying the works do not appear to be anywhere in Portugal.
After Christie’s spectacularly pulled out of the auction at the 11th hour in February, the works were all meant to have been shipped back to Portugal pending proper classification.
They are meant to have been stored in a vault in Caixa Geral de Depósitos, claims Canavilhas, but “until today, no one has seen them and no one has authorised anyone to see them. For all I know, they could still be in London. No one knows where they are”, she told reporters.
The paintings’ current owners – state-controlled Parvalorem – are remaining tight-lipped. The paintings are in safe-keeping at CGD claims president Francisco Nogueira, but no one is being given any proof – and the idea for an exhibition is definitely out of the question for the time being.
“An exhibition of this nature would involve very significant constraints and prolonged logistics”, Nogueira said.
Parvalorem has consistently refused to classify the paintings, saying they have been less than ten years in Portugal and therefore do not require it. But art lovers who raised a 9,000-strong petition to save the paintings from the State’s zeal to swell coffers, do not agree.
“We all know – including the Secretary of State — that 41 of the paintings came into Portugal in 2003. We have the paperwork”, Canavilhas added.
And so the surreal goings-on continue, with no indication as to when, or indeed if, the extraordinary collection will ever go under the hammer in the name of Portugal’s ongoing austerity.