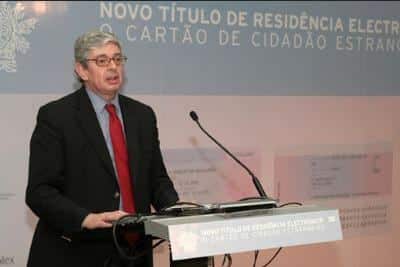 A new electronic residency card has been introduced in Portugal for all foreign residents.

The new card, which was officially presented by Portugal’s minister of internal affairs, Rui Pereira, in Lisbon on February 3, has a chip which digitally stores the information that is written on the card, including the photograph.

A resident’s fiscal number and social security number will also be stored on the card.

It is produced by the national immigration and border authorities, SEF, who told the Algarve Resident: “The application process of this new card for EU citizens is similar to the previous residency card, with residents requiring two passport style photographs, a document with proof of address, a passport, a fiscal number and proof of income such as a work contract.”

Retired residents require their pension declaration to show that they have regular income. The cost of this residency card also remains the same at seven euros for EU residents.

Valid residency cards do not have to be changed until they need to be renewed, at which point the new electronic version will be issued.

For more information, please visit the website, available in English at www.sef.pt or telephone 808 202 653.