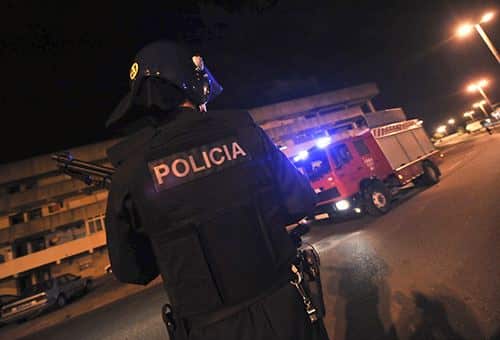 A study commissioned by the Justice ministry has concluded that Portugal has few defences when it comes to the financing of Islamic terrorism.

Casinos, lawyers and notaries offices, property sales businesses and even banks are “easy targets for money laundering”, explains Diário de Notícias, stressing that while risks are “not elevated”, the study’s conclusions “show the country could be the focus of new operational developments, whether these involve attacks abroad or on foreign targets executed on national soil”.

The situation, adds the Observatory of Security, Organised Criminality and Terrorism (OSCOT), comes from Portugal’s “geostrategic position” in Europe (so close to North Africa), as well as because it is a member of the EU and “frontally condemns acts by Daesh or Al-Qaeda”.

On the case for the last two years, OSCOT’s president Rui Pereira adds: “Despite the Islamic community here in Portugal being composed by well-integrated people, we cannot and must not exclude (the possibility) that they could have the temptation to finance terrorist activities.”

The article in DN gives ratings as to the likelihood of risks being run in Portugal. For example, banks and other financial institutions show a “medium” risk of financing terrorism and money-laundering, while the property sales sector, along with “the activity of notaries”, is considered “very high”.

More moderate, says DN, are risks posed “by the activity practised in casinos, by lawyers and solicitors”.

The report followed news over the weekend that terrorism has left the nation’s police forces exhausted and short-staffed.

“Hundreds of police” are up in arms over “demands to patrol areas with high numbers of tourists in Lisbon and Porto, due to Europe’s terror threats”, reports national tabloid Correio da Manhã.

The PSP’s association of syndicates is calling for more “means” to address the new reality – a move that has been recognised by lawyer Paulo Saragoça da Matta, who said, in conversation with DN, that the situation “cannot be controlled by national security forces” alone.

“We need to appeal for help from countries accustomed to these operations of internal security”, he warned.