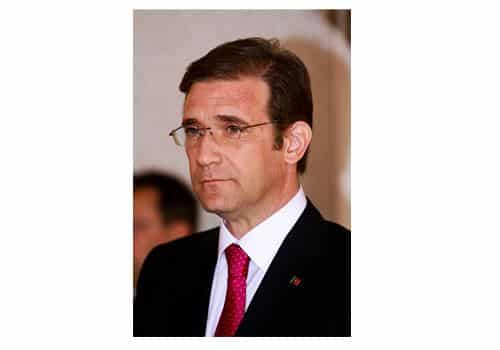 UPDATE || Passos Coelho has been warned to deal rapidly with damning allegations that he pocketed €150,000 when prohibited from earning more than his parliamentary salary, and then failed to declare the income to the tax authorities.
According to news sources, the prime minister will be coming clean on Friday (September 26) at the first bimonthly debate of the new political calendar.
But as PSD heavyweights dismiss the scandal, suggesting the party leader may “simply have forgotten” to own up to the earnings, others are already lining up his successor.
This latest “spot-of-bother-at-the-top” has been simmering for some time, claim news sources. It was broken by national weekly Sábado, in an exclusive, last week.
Sábado alleged that an anonymous tip-off had prompted criminal investigators at DCIAP to delve into allegations that Passos Coelho had received regular backhander bungs for his work as president of an NGO designed to get EC funding for services company Tecnoforma.
The “illegal” payments were made between 1997 and 1999, claims Sábado.
Intriguingly, Público followed the story up, maintaining its journalists have also been on the trail of “backhander” allegations for years, repeatedly pressing Passos Coelho for information.
“In spite of the multiple insistences made, this question has never received an answer,” Público reveals.
As the paper explains, the mere fact that Passos Coelho was a “deputado em exclusividade” (not entitled to receive money other than his State salary) meant that any payments made to him would, in effect, constitute backhanders.
MPs in this “exclusive” regime already receive higher salaries than regular MPs “on the bench”, Correio da Manhã said in its coverage of the developing scandal.
But as the ‘gossip’ circulated, a parliamentary source denied that Passos Coelho had been an MP in the exclusive regime during the years in question.
Público maintained that if Passos Coelho did indeed receive these payments – illegal or otherwise – then he “comes up against … not having declared this income”, which would also imply the consequent offence of tax evasion.
But that too seems unlikely, as a judicial source told Expresso on Monday that the legal time-limit on tax evasion “had long since passed”.
“As the anonymous tip-off referred to the period 1997-99, the investigation is simply closed, without the need to hear, even, from the prime minister,” wrote Expresso’s reporters.
Thus far Passos Coelho’s office has issued a statement saying that the PM will collaborate with any investigation if he is approached, but that he maintains his convictions that he has always acted within his legal obligations.
Curiously, negócios online carried comments in which the party leader said it was “difficult to remember” as far back as 15 years or more.
“I don’t have to hand all the responsibilities I was undertaking 15, 17, 18 years ago,” he answered journalists’ queries at a function in Porto. “It’s hard for me to detail circumstances that are not, at this time, clear.”
And as clarity dims in this latest round of political mud-slinging, Público carried an interview with the former boss of Tecnoforma, who considered that “Passos Coelho didn’t get his job by being a pretty face”.
Now 70 and saying he just wants “to forget the whole story”, Fernando Madeira told Público: “I am convinced that he received something, but I cannot talk about amounts because I cannot prove anything.”
The businessman “repeated many times”: “The man (Passos Coelho) didn’t get there because of his pretty blue-peepers (lindos olhos),” adds Público.
It now remains to be seen how much damage these allegations may have wreaked on Passos Coelho’s previously squeaky-clean reputation.
Opposition MPs are still demanding answers and are unlikely to accept that any wrongdoing could be absolved by judicial time bars. So far, this has been a terrible pre-election year for the prime minister who has always maintained he is not in danger of losing his energy.
As for the pretender to the PSD throne, this would appear to be former Mayor of Porto, Rui Rio, who has been tipped by many “in-the-know” to take over from Passos Coelho, sooner rather than later.