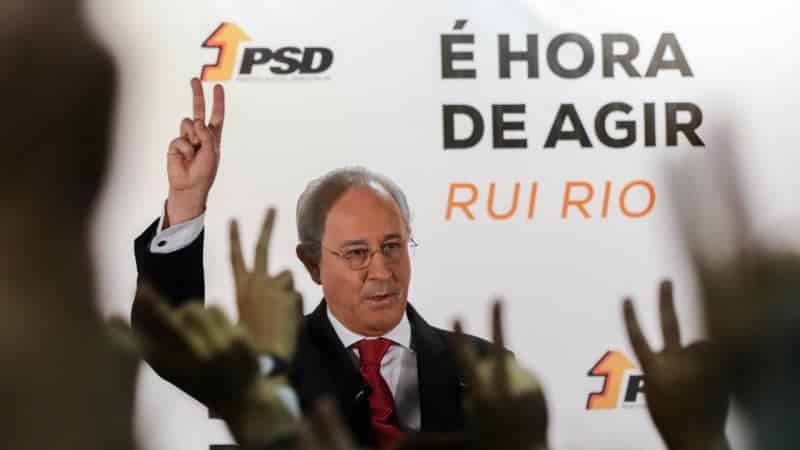 After a major turnout of PSD party faithful, the acrimonious leadership contest between former mayor of Porto Rui Rio and fleeting former PSD prime minister Pedro Santana Lopes has been decided: the new leader is Rui Rio who promises a “firm attentive opposition”, without resorting to “demagogy or populism”.

“National interest” will ride above everything, he told his supporters last night, adding that he will be giving “loyalty and institutional cooperation to the President of the Republic”, ensuring that his party works towards “a better future, with a more equal society”.

It was a speech larded with irony, bearing in mind the current government is being criticised for its attitude to President Marcelo’s veto of a recent proposal to change the way political parties finance themselves.

The proposal has been returned to parliament for fine-tuning, with the government saying it doesn’t plan to alter a word.

What lies ahead will be the stuff of headlines for weeks to come, but for now the news is that the PSD has a new figurehead which Público says promises to “turn the page on passismo” (a play on words using the name of former leader Pedro Passos Coelho, whose style of opposition has in the last few months been anything but punchy).