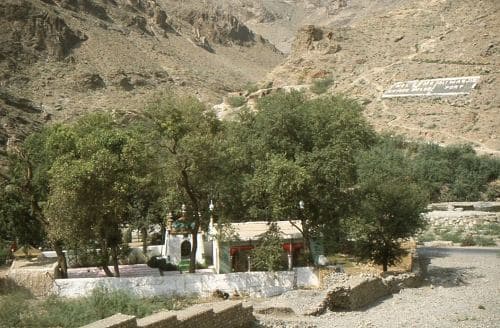 Portugal’s government has been accused of pushing through a plan for the west Algarve and southwest Alentejo coastline, seriously restricting urban development in the area, without consulting residents and Mayors, who say it will stunt economic growth.

The plan, approved by the government, reclassifies the area as a national nature park, to raise awareness of the need to conserve and preserve its natural beauty, and will see limitations on urban development, something the local councils fear may hinder the development of industries in the area.

The PSD/Algarve political party considers the government’s move illegal as the approval of the plan (Plano de Ordenamento do Parque Natural do Sudoeste Alentejano e Costa Vicentina – POPNSACV) was done “without previous consultation” of mayors and residents living in the area.

The party has now declared its solidarity with the position of the Algarve and Alentejo Mayors, who have rejected the government’s actions and demanded the resignation of the Secretary of State for the Environment as well as the administration of the Institute for Nature Conservation and Biodiversity (ICNB), the entity that manages the area.

It also doubts that the new plan complies with the provisions of the regional master development plan for the Algarve (PROTAL), and says the government should make it clear what the plan means for people and companies in the tourism, agriculture and fishing sectors, which are likely to be the most affected.

The plan sees restrictions in urban development within the natural park area and the Câmaras in question went head-to-head over this issue with the government, as they feel economic development in their municipalities will be affected.

Luís Gomes, president of PSD/Algarve, told the Algarve Resident: “The approval of the new POPNSACV was published on February 4 in the official Government newspaper, Diário da República, without the municipalities covered by the plan having any prior knowledge of its final version and without the results of public discussion that occurred between March and April 2010 being published on the website of the ICNB. The questions raised by 400 citizens had not been answered, as the law requires.

“Will the government continue to ignore the residents, mayors, deputies, the law and the most basic rules of democracy?”

Meanwhile, the Secretary of State for the Environment, Humberto Rosa, said that the plan involved more meetings and discussions than any other environmental project approved in the country.

He told Lusa news agency: “I have already approved 15 development plans for protected areas and I can assure you that no other project involved as many meetings and discussions as the one for this area.”

He was responding to criticism from the Câmaras of Vila do Bispo, Aljezur, Odemira and Sines, areas covered by the plan, whose mayors demanded that the plan be revoked, saying they will go to court if it goes ahead.

Algarve MP Mendes Bota has proposed a joint hearing between the Secretary of State for the Environment and the area’s mayors for the revision of the plan. He said: “Given the serious allegations made by them, it is urgent to clarify the plan’s legality.”