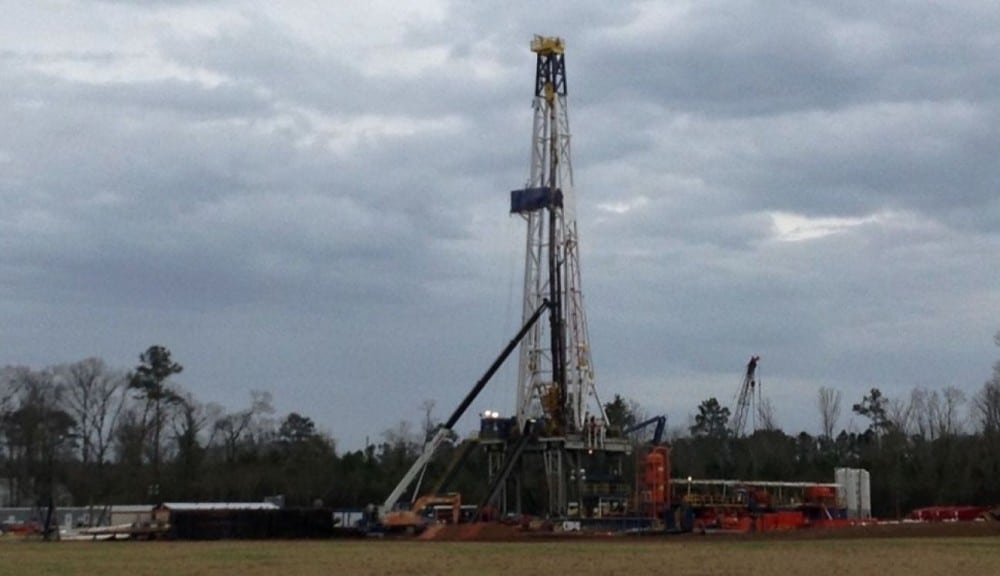 With anti-oil campaigners warning at strategic political game-playing over gas and oil drilling plans in the Algarve, councillors in Leiria – threatened with imminent drilling for natural gas – have sent out a united battlecry.

Fully supporting a motion to “immediately suspend all processes of concessions, exploration and extraction of oil and gas in the central region of the country”, the assembly of the parishes of Leiria, Pousos, Barreira and Cortes have stressed that “the returns for the State and the economy” – very much like those of the concessions that threaten(ed) the Algarve – are “ridiculous”.

Surface rents “oscillate between 15 and 100 euros per square metre” and no profits will find their way back to Portugal before drilling company Australia Oil & Gas recovers all investment costs.

There is also absolutely “no guarantee that the oil or gas produced will be consumed in Portugal or affect the price of fuel”.

Before considering the knock-on environmental consequences of onshore drilling, the assembly concludes the deal “is in all dimensions” a bad one for the country.

The stand, however, is ‘nothing new’. It is one that every community covered by the 15 active drilling concessions has expressed in one form or other – and none have seen the government back-pedal in any way, shape or form.

Leiria’s motion, accompanied by a 6000-strong local petition promoted by Peniche Livre de Petróleo, will now be discussed in parliament on December 21.

Circulating MPs of all parties, and sent directly to the Ministry of the Environment, Leiria’s hope is that the protest will stop Australis’ plans, as protests in the Algarve have ‘purportedly stopped’ the plans of oil companies GALP and ENI (click here).

According to Reuters news agency, Australis’ means to start drilling in concession areas – dubbed Batalha and Pombal – by early 2020, though this “still has to be assessed by environmental authorities”.

The company’s Chief Executive Ian Lusted said two years ago that “independent engineers” have suggested the recoverable volume of gas under the ground translates into “about two and a half years of supply for the whole of Portugal”.

But, bearing in mind there is nothing in the contract obliging Australis to sell its gas to Portugal, the statement is being seen as another aspect of the ‘disinformation’ that surrounds these contracts.