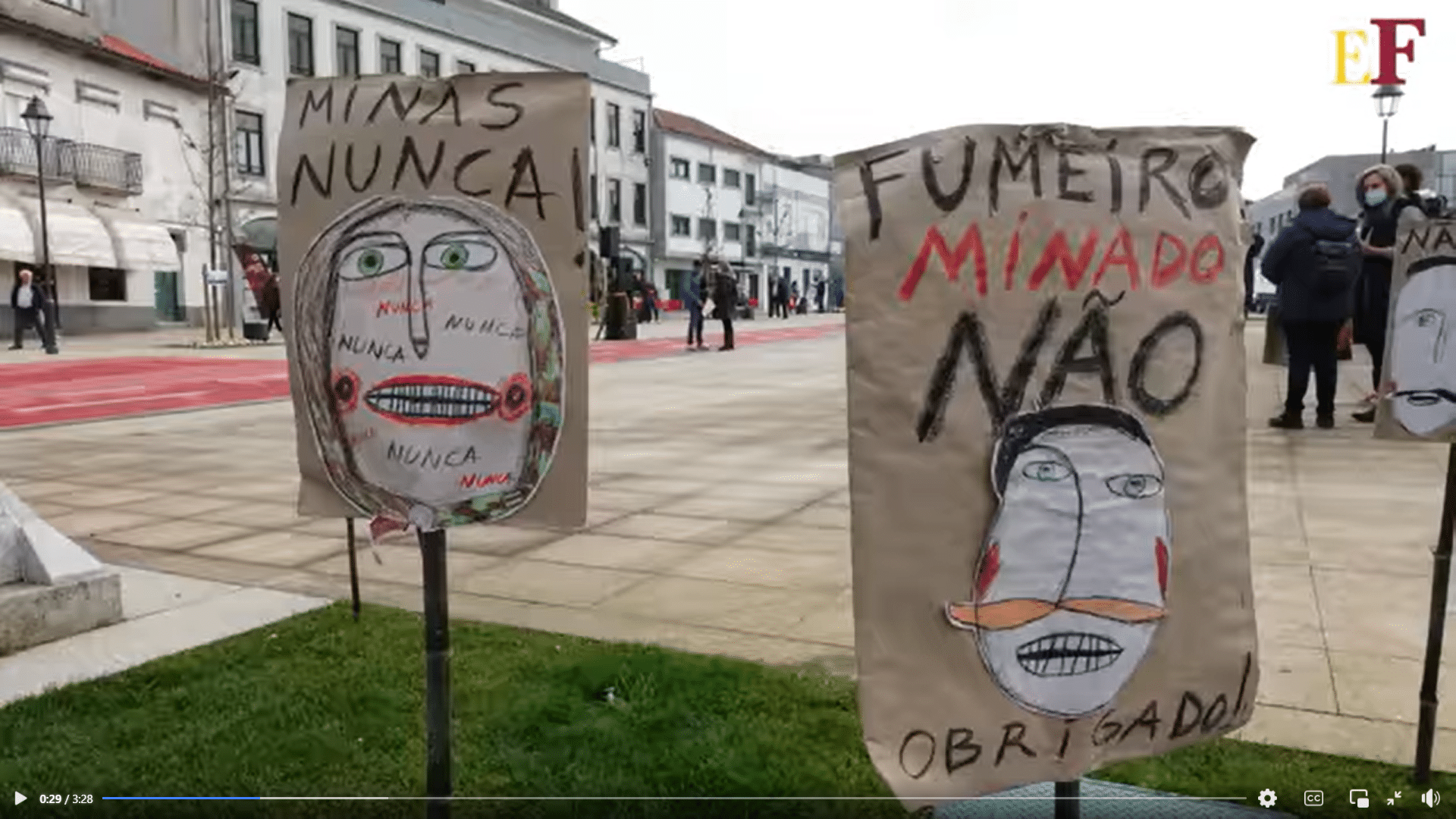 A new movement has formed in the space of a week, producing another 3,500 Portuguese citizens against the government plans to sanction lithium mining over six swathes of land in the centre and north of Portugal (click here). This latest group, Movimento Seixoso-Vieiros: Lítio Não, held its first protest yesterday, bringing over 200 people onto the streets of Lixa (Felgueiras) who believe an open-pit mine in their community will destroy quality of life and have devastating effects on their environment, particularly when it comes to underground sources of water. The mining plan they are fighting is the one for the 144 sq km concession known as Seixoso-Vieiros, which takes in the districts of Porto, Braga and Vila Real.