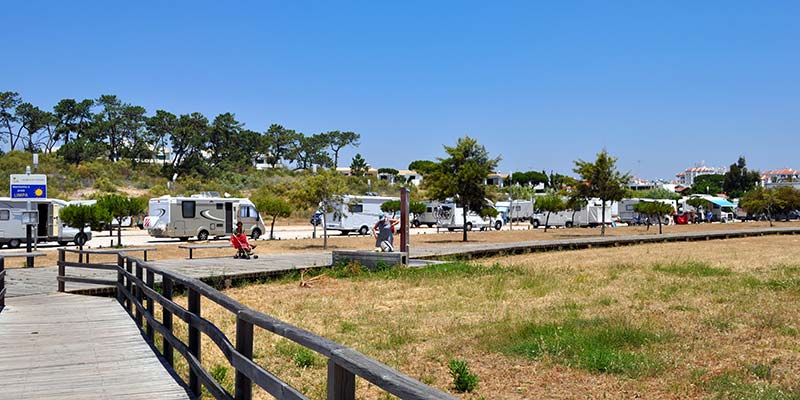 More than €2.2 million is to be invested in a new motorhome parking network which aims to encourage motorhomers to visit and explore the Algarve hinterland. The route, entitled ‘Rota Serrana’, will feature 14 motorhome parking areas along the EN124 road and other roads such as the EN2.

The project is being developed by the In Loco association and the Algarve municipalities association (AMAL) and is backed by community funding.

Artur Gregório, president of In Loco, has told Sulinformação website that the new parks “won’t be just for parking but to enjoy quality tourism facilities”.

The association is also working with councils in a bid to get local businesses, producers and restaurants on board to ensure motorhomers know what these inland areas have to offer.

“Dutch, German, British and French citizens who visit us in their motorhomes want to explore the region, know what attractions there are, what products to buy, what restaurants serve traditional local gastronomy – this is what the Rota Serrana will offer,” said Gregório.

The project also foresees the creation of an “online platform” to promote the route and serve as a guide for tourists.

For now, the route includes 14 motorhome parks in inland areas along the Algarve – two in Alcoutim (Alcoutim and Pereiro); four in Loulé (Alte, Benafim, Salir near the local pools, and Ameixial); two in Silves (São Bartolomeu de Messines and São Marcos da Serra); three in Monchique (Monchique, Alferce and Marmelete), one in Tavira (Cachopo, near the old football field), one in Aljezur and another in São Brás de Alportel.

These are sites where motorhomes already park, said Gregório, “but now they will boast better conditions”. The parks will also be built near towns in order to bolster local business and ensure that motorhomers have everything they need at hand.

The park in Messines is already being built while construction work in Cachopo and São Brás is also due to begin soon. These three parks are expected to cost €590,000 to build, 70% of which is covered by FEDER community funding.

The remaining parking areas need to present their bids for community funding by the end of April, with the goal being to complete all the investments between 2020 and 2022. Parking fees will be “symbolic”, says Artur Gregório.

The Algarve already has a network of motorhome parks (RAARA), but very few are located far from the coast. However, the goal is to eventually promote both networks under one single platform so that motorhomers can have easy access to information about all parks, both near the coast and in the hinterland.