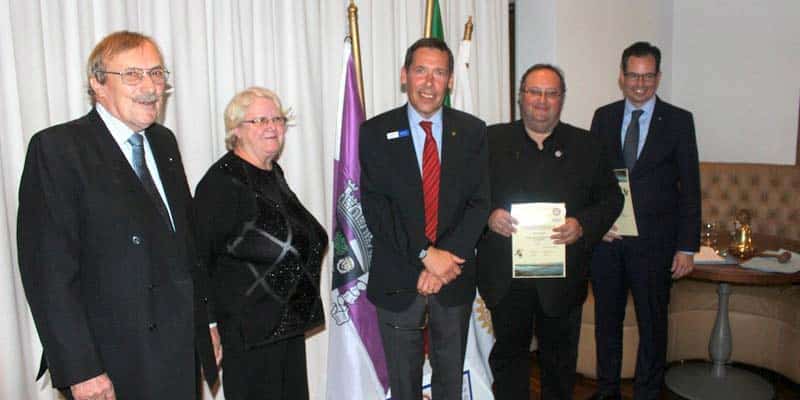 Fran and Alan have lived in the Algarve since 2006. They are active members of afpop (Portugal’s largest association for foreign residents) and have been involved in a variety of charitable campaigns including fundraising for the Monchique firefighters last year.

Padre Jorge was born in Tavira and completed his schooling in France with a degree in accounting. He worked in accounting and finance for 10 years in France before, at age 30, he began studying Theology. After a period as parish priest in Fontenay-Trésigny (outside Paris), he returned to Portugal where he spent 10 years as parish priest in Quelfes. In 2012, he moved to Almancil to become parish priest at the church of São Lourenço. His parish now includes São João da Venda, Quinta do Lago and the new church in Almancil.

Gustavo Lima’s family lived in the United States for a period of time when his father was part of the military. He attended University in the US, and graduated from Old Dominion University in Norfolk, Virginia with a Bachelor of Arts in Communication with a focus on inter-cultural and diplomatic communication. He now works in the Algarve for a company specialising in energy management, heating and cooling.

“I am delighted to be able to admit these four new members,” said Mark Hulit, Vice President. “Gustavo is now our youngest member and represents the new generation of Rotarians in our club. We plan to grow our fundraising activities this year to enable us to give support to more disadvantaged people, young and old.”